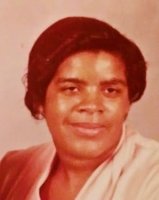 Norma Louise Mitchell, 65 years of age, Passed away on Tuesday August 6, 2019 in her home.

Norma was born on November 9, 1953 in Camden, New Jersey to the late Norman Miller and Elva Miller. She was the oldest of eight children, two proceeded her in death. Norma attended the Camden School System in New Jersey.

In 1982 Norma married the late Edward Mitchell and together they raised four children. She spent much of her early adult life as a Dietician for Cooper Hospital. After retiring from the    hospital, Norma and her late husband worked together in real estate. In 2003 Norma began working as a phone operator for Live Message America, a position she held until her passing.

Singing and dancing were some of Norma’s favorite past times. She really enjoyed the sounds of 1960’s & 1970’s Motown artists including the likes of The Temptations, The Four Tops and Marvin Gaye. Her favorite artist was Smokey Robinson. Norma also had a love for bowling. She and her husband joined many bowling leagues and instilled a love for bowling in their children.