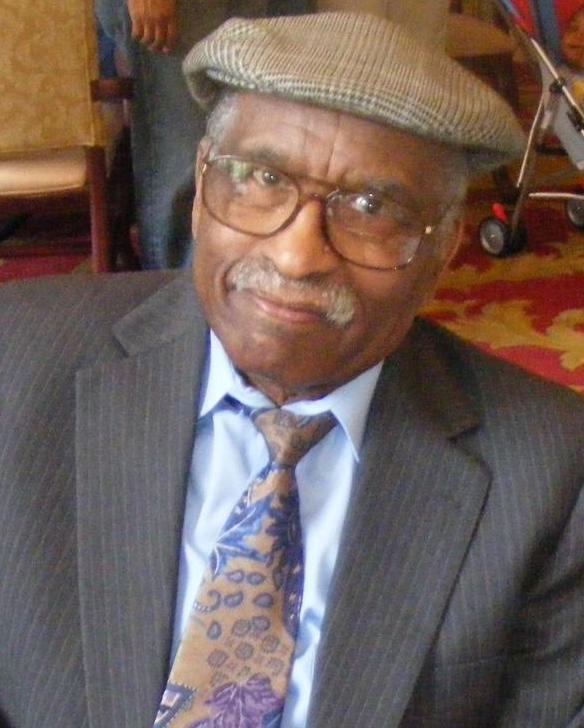 Obituary William A. Smith, the youngest son of the late William H. and Cecilia F. Smith, was born November 9, 1925 in Swedesboro County, New Jersey. He is the widower of the late Ruth Victoria Smith, and they were wed in holy matrimony for 52 years. William grew up in a warm and loving home with his 2 siblings, who preceded him in death: Milton S. Smith and Dorothy S. Wilson. In March of 1944, at the age of 18, he left Swedesboro to join the Navy and served 2 years and 2 months, where he later received an honorable discharge. His time in the military and his love for history provided great entertainment for anyone who sat across the table with him. “Four score and seven years ago our fathers brought forth on this continent, a new nation, conceived in Liberty, and dedicated to the proposition that all men are created equal” is an excerpt of the Gettysburg Address that he recited often, even as he neared his passing in Virtua Hospital. William was affectionately known to his family and friends as Billy and “Pete”. At an early age, he attended St. Paul, AME in Swedesboro, NJ and accepted Christ as his Savior. After marriage, Bro. Smith was a member of Mt. Olive Baptist Church, Magnolia, NJ where he served on the Trustee Board, Men’s Ushers, Men’s Choir, Finance Committee, Treasurer, and teacher at the Baptist Training Union for many years. Dad began Sunday morning breakfast with the Word, and teaching his children to recite the Lord’s Prayer. Even after he became ill, he continued to stay connected to the Word and his church family -- whom he loved dearly. If you knew Pete then you agree he had a deep love for sports and the Eagles and the Phillies. While attending Swedesboro Schools he played football and baseball. When talking about his days as a football player he would tell you that he was told by many that he was too skinny to play football. However, his coach told him that “it’s not the size of the dog in the fight, but it’s the size of the fight in the dog”. He stood by this moto not just in sports but also in his life and was sure to instill the same in his family. Pete worked for many years at Nelson Freightways and eventually retired from St. Johnsbury Trucking Company where he worked hard to provide for his family. He was very proud of the service he provided and would proudly share his travel journeys with anyone who listened. If asked, he would tell you that he loved his job and to never work a job if you don’t love your job. To cherish his precious memories, he leaves three children: Michael Sylvester Smith (Paris Smith) of Clementon, NJ; Carmen Clarice Richberg (Sam Richberg) of Greensboro, NC; and Glenn Allen Smith (Arnita Smith) of New Castle, DE; Grandchildren: Karl, John, Malik, Brandi, Ali, Brandon, Shayla, Bradley, Clarise, Laura, and Destiny; two great grand sons, six great grand daughters; two sisters-in-law, Fannie Johnson and Lilian Robinson (Suggie); brother-in-law, Donald Johnson; many cousins, nieces, nephews, and a multitude of friends. From our family to yours we thank each and every person who loved him, cared for him, and visited him. Well done, thou good and faithful servant… You have been wonderful. Your work here is done. We love and will miss you but your soul is resting in a better place.