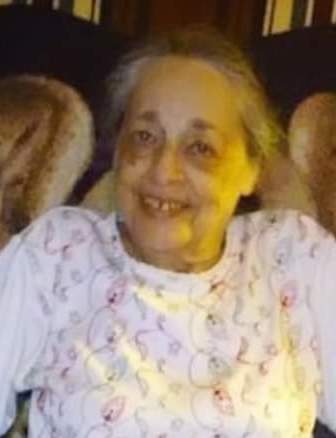 Judy Ann Mills was born on January 1st 1940, to Daniel & Carmella Bundy. She was the second of their six children. She graduated from Palmyra High School and immediately found employment in Philadelphia where she worked for many years. A blind date set up by her friend in Fort Dix, NJ, led her to meet the man that would be the love of her life, Conrad, affectionately known as Jerry. She was a homemaker for many years, as well as a caretaker for anyone who needed her. She made sure her family was taken care of, no matter what. She was also known to extend her home and love to the friends of her children and grandchildren. She was everyone's "Mom," "MomMom" & "Aunt Jute." On January 7th at 2:06pm, in Voorhees, NJ, God called Judy home. She was surrounded by her family. Judy is survived by her daughter, Tina, grandsons, Darion and Devin, great-granddaughter, Naomi, brother Cecil, sister, Rita, nieces, Angela and Dana, Nephews Ty(Simone), Tyrone (Halimah) and several great nieces, great nephews and cousins. She is preceded in death by her husband, Jerry, son, David, father, Daniel, mother, Carmella, brothers Warren and Tyrone and sister Brenda. Memorial donations may be made to The American Cancer Society. By mail: P.O. Box 22478 Oklahoma City, OK 73123 By phone: 1-800-227-2345