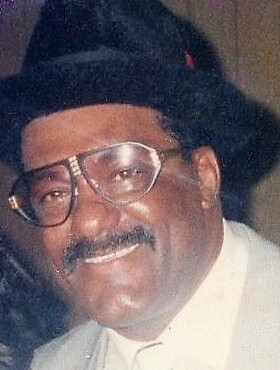 to the late Edison and Ada McGuffin. Chuckie was one of six children. Chuckie was a member of St. Bartholomew Catholic Church in Camden, NJ where he served as an altar boy with his brothers and received his First Holy Communion. His early education was at Saints Peter and Paul Catholic Elementary School, and he later went on to graduate from Camden High School in 1972. He started his employment at CertainTeed Fiberglass as well as Owens-Corning Fiberglass and then went on to work at the Salem Nuclear Power Plant. Chuckie’s entrepreneurial spirit led him to manage and own several establishments in the city of Camden such as Pauline’s, Sunrise, Phase II, and Giacomo’s to name a few. Chuckie had a unique and cherished relationship with his ‘Star Maids’ Marge, Michelle, Joyce, Irene, Mona, Shawn, and Nene. A close bond that remained intact throughout his life. Chuckie was a long-time member of the International Gentlemen’s Guild. He loved the nightlife and was known to take an occasional trip to Atlantic City and Las Vegas. Chuckie and his high school sweetheart Joyce L. Miller had two children, Kevin L. Miller, and Erica D. Miller. Out of a special relationship with Cheryl Wilkins, they were blessed with one son Michael D. Wilkins. In 1982, Chuckie married Darlene Mills-McGuffin. To this union was born Louis A. McGuffin Jr and a special stepson in Marvis Mills. In 2010, Chuckie engaged his long-time girlfriend, Toni “Toni Girl” Williams. She was the love of his life and held his heart and his hand until the very end. His competitive nature fueled his passion for sports. Chuckie was a huge football fan and loved his New York Giants, though he made an exception while his nephew Chuck Smith played for the Atlanta Falcons as a defensive end. Chuckie left an unforgettable impression on everyone that crossed his path. His genuine kindness and willingness to do for others were rivaled only by his love of fashion. He was a well-dressed man with a great sense of style. He was known for wearing stylish beaver hats, a pair of gator shoes for every occasion, fly eyeglass frames, finished off with a collection of fine jewelry. Chuckie enjoyed the finer things in life such as fine dining and traveling. He became a skilled cook, making the best crab and shrimp dishes, and his renowned recipes were a standing request at all family gatherings. He was also an avid collector of elephants in which he found to be his good luck charm and symbol of strength. Chuckie had an amazing bond with his brothers, Terry C. Chavis, Jerry E. Chavis, Edison L. McGuffin Jr, Earl “Michael” McGuffin, and Donald V. McGuffin. Each one of Chuckie’s brothers held a special place in his heart along with his honorary brother James “Dick” Wynn, who was his best friend. The two were inseparable. If you saw one, the other was surely nearby. On July 17, 2021, Chuckie quietly closed his eyes and took his final journey to meet his heavenly father. Chuckie is predeceased by his brother, Earl “Michael” McGuffin (Sue), his father Edison L. McGuffin, his mother Ada B. McGuffin, his brother, Terry C. Chavis (Cheryl), his brother, Jerry E. Chavis (Brenda), sister, Betty Barclay (Otto) and grandson Kevin “KK” Miller. He leaves to cherish in his memory his fiancé Toni “Toni Girl” Williams, his children, Kevin L. Miller, Michael D. Wilkins, Erica D. Shabazz (Jalal), Louis A. McGuffin Jr. (Shantale), stepson Marvis Mills (Veronica), his brothers, Edison L. McGuffin (Natina), Donald V. McGuffin (Lori) and a host of grandchildren, great-grandchildren, nieces, nephews, family, and friends.