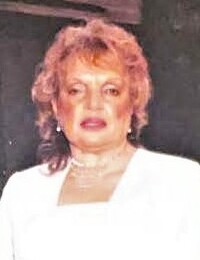 Myrtle Lee Williams-Burke was born to the late Clyde and Hestell Nesmith on September 13, 1936 in Williamsburg County, South Carolina, she was one of three children. Myrtle married Mack Samuel Williams in Williamsburg County, SC. They moved to New Jersey where they started a family and had three children who were raised with love, faith, values, and the importance of education. She met and married George Burke in May 2004, who admirably called her Angel. Myrtle and her family were members of Baptist Temple Church until 1980. She later moved to Sicklerville, NJ and became a member of Christ Care Unit Missionary Baptist Church in 1992. Myrtle attended Our Lady Lourdes LPN program at Camden High School and graduated in 1972. She attended Gloucester County College and received her Associates in Science Degree in May 1979. She passed her State Boards in August 1979 and received her RN license. She graduated in 1993 from Saint Joseph College where she received her BSN and in 1996 received her MSN. She was officially a BSN, RN, MSN, CRRN, and proud of her achievements and honors. She worked as an LPN at Our Lady of Lourdes Hospital in 1972- 1979, Assistant Nurse Manager at Cooper Hospital UMC in 1979-1992, Nursing Supervisor at Mediplex Rehabilitation Center, Genesis at Southern Ocean Center, and Kresson View from 1984-2012. Myrtle retired in 2012 to care for her husband George Burke until he went to be with the Lord in May 2013. Our Angel’s bright light, her smile and laughter would light up a room and you could feel it when she was in your presence. She was a very special person and loved her immediate and extended family. She had style, class, grace, poise and was always well put together. Myrtle was truly an Angel and a very elegant lady. She always would say life was too short to waste time being idle, enjoy it while you can, educate yourself, be positive, remove negativity from your surroundings and remember to treat others the way you would like to be treated. She enjoyed traveling and experiencing new places and adventures with her sister Lottie and girlfriends in her early years. She always loved taking family trips with her children and grandchildren, which she took every summer traveling South, most often to her favorite place Myrtle Beach, SC. She loved hosting large family gatherings in her home, and you felt welcomed and well entertained. She loved bringing everyone together to celebrate and to keep the family bond alive. Myrtle, her sister Lottie and brothers, Sonny and Clarence had their own special relationships and was always there for each other. She liked reading, listening to Gospel, Soul and R&B music. She loved to dance with her brother Sonny, he would say to her “come on little sis lets cut a rug”. When all of the cousins would gather, they would share stories of their childhood and family history dating back to her paternal origin of the ancient Nurubi People. Her favorite sports were Golf as she became a Tiger Woods fan, and football that she enjoyed watching with George. She encouraged everyone by providing good advice, always being honest, had a giving heart and would help anyone. She was loved, admired, and cherished by her family and friends. She was the best mom, mom mom, sister, cousin, aunt, and friend. Our Angel Myrtle lived her life to the fullest, always family first, happy, always spoke her mind, caring for others and forever young. When our Angel became weak and required special care, her loving daughter Desiree’ became her care giver and was always by her side until she received her wings in heaven. Our beautiful loving Angel Myrtle will always be remembered and deeply missed. Anyone who has had the pleasure of knowing her, will always have a heartwarming memory that will bring a smile to your face On April, 28, 2022, our Angel peacefully slipped away in her sleep. She is preceded in death by her parents Clyde Nesmith and Hestell Fulton, Stepmother Maggie Smith, husband’s Mack S Williams and George Burke, siblings Milton “Sonny” Nesmith, Lottie “Sister” McKnight, Catherine Nesmith and Thomas Nesmith. She leaves to cherish her memory her brother Clarence Smith (Sheila), her children, Mack Elijah Williams, Lynn Estelle Drew, Desiree’ Diane Williams, grandchildren; Zenobia Drew, Daniesha Bradley, Shakeya Williams, Mack Williams III, great grandchildren, Serenity Reign Bradley, Braxton Williams, extended family Angela Burke, Cherise Burke, Aziyah, Arorah, Syncere Burke-Lindsey and a host of cousins, nieces, nephews and friends.