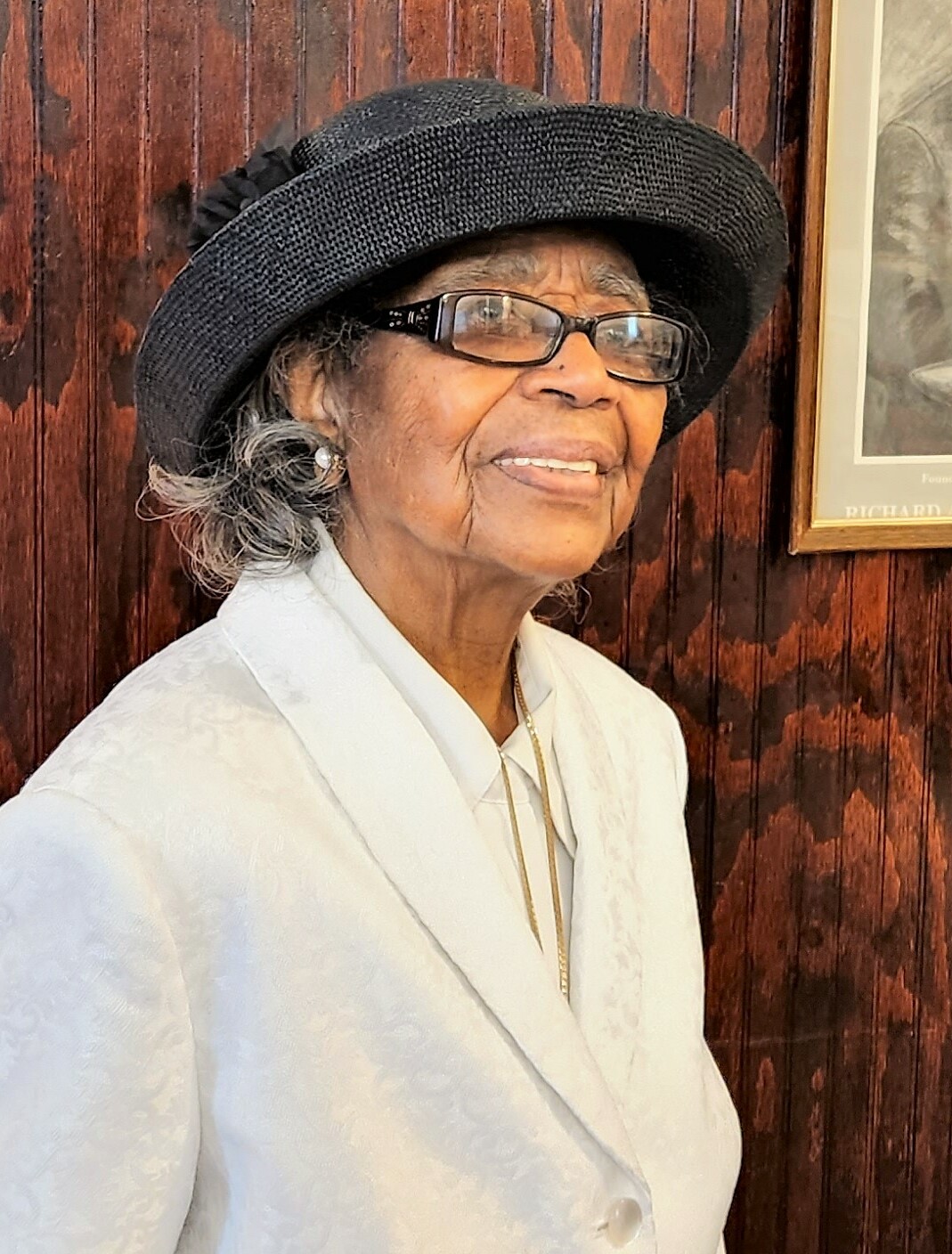 What She Learned Wessie Lee Holt Spearman was born on April 28, 1927, in Tifton, Georgia. She came to New Jersey at an early age where she received her elementary and secondary education. She later attended Rutgers University, South Jersey Division, and Philadelphia College of the Bible University where she received a Bachelor of Science degree with a concentration in Christian Education and the Bible. She completed her first and second tiers of graduate study at Rowan University (Glassboro State College), Glassboro, New Jersey, where she obtained a Master’s Degree, first, in Elementary Education and second, in Library Science. She later graduated from Lutheran Theological Seminary where she received a Master of Theology. She also received an honorary doctorate degree from Monrovia College, Monrovia, Liberia. Who She Was Reverend Spearman retired from the pastorate in 2004. After she retired, for a brief time, she served as the “Supply Pastor” at Hosanna AME Church, Camen, NJ. Since then, she was an associate minister at Macedonia A.M.E. Church. Before her retirement, she was the pastor of Hosanna A.M.E. Church for twelve (12) years. Prior to that, in 1973 she was assigned as pastor to her first charge, Bethel A.M.E. Church in Paulsboro, New Jersey. She remained there for nineteen years. Reverend Spearman was ordained a Deacon under the Rt. Rev. John Douglas Bright, Presiding Bishop and her Elder’s Ordination in the New Jersey Annual Conference under the Rt. Rev. Ernest Lawrence Hickman, Presiding Bishop. Reverend Spearman served in the A.M.E. Church under seven bishops - The Rt. Revs. John Douglas Bright, Ernest Lawrence Hickman, Richard Allen Hildebrand, Frank Curtis Cummings, Philip Robert Cousin, Donald George Ming and Zedekiah Lazette Grady. She served under seven Camden-Trenton District Presiding Elders – The Revs. John H. Johnson, John W. Johnson, Leon Gipson, Charles Martin, Curtis Francis, Clarence B. Crawford and Robert C. Wade. Reverend Wessie Spearman was elected twice as delegate to the General Conference and has the distinction of being elected the first female ministerial General Conference delegate in the New Jersey Annual Conference. She also was elected six times as an alternate delegate to the General Conference. In her secular profession, Reverend Spearman was a librarian where she served as supervisor of the Children’s Department of the Camden Free Public Library. While at the library, she wrote and received a fifty-thousand-dollar grant for the Camden Free Public Library which enabled her to establish and implement an outreach reading program for entire communities throughout the city. What She Loved Reverend Spearman had an unparalleled dedication to her church, and a deep commitment to the community and other civic organizations. In the church arena, she was a member and unrelenting advocate for Women in Ministry. She served as Church School Superintendent of the New Jersey Annual Conference, President of the Department of Evangelism of the New Jersey Annual Conference, a member of the Boards of Christian Education for the AME Church First Episcopal District and the New Jersey Annual Conference. She also was a member of the New Jersey Annual Conference Board of Examiners, the Board of Ministerial Training and a member of the Camden-Trenton District Ministerium. She was a member of several organizations including the Zeta Phi Beta Sorority, Gamma Nu Zeta Chapter; the National Council of Negro Women; the NAACP; the New Jersey Library Association; the National Stop the Violence Association; the St. Joseph’s Carpenter Society, Camden, New Jersey; and an officer for the Marian Anderson Music Guild, Inc. Reverend Spearman loved to travel. She and her mother, Marie C. Harrison, could be seen at practically all New Jersey Annual Conference sessions, Episcopal District meetings, General Conferences, Missionary Conventions, as well as Evangelist, Church School, and Board of Christian Education events. In addition to traveling to more than half of the states in the US, she also cruised to Alaska, traveled to Haiti on a mission trip, worshipped in Bermuda, and enjoyed junkets in Africa, parts of the Caribbean, Japan and Israel. Rev. Spearman also loved music. She studied at the Settlement Music School in Philadelphia, PA and was an accomplished soloist. Her beautiful lyric, soprano voice was routinely featured at Macedonia’s choir concerts and her guest appearances at other churches and events. Her most precious love was her family. She was the widow of the late Raymond E. Spearman, Sr. and the daughter of the late Marie C. Harrison. She had four children, Marie M. Downes McDonald (Fields McDonald) (Robert N. Downes, deceased), Ramona L. Chainey, (Ronald J. Chainey-deceased), Raymond E. Spearman, Jr. (deceased) and William W. Spearman (Michelle Banks Spearman, Esq). She also is survived by 9 grandchildren - Robert S. Downes, Deanna L. Downes, PhD (Dr. Gerryl Robinson), Kimberly Y. Chainey, Esq., Brenden R. Chainey, Esq., Nathaniel R. Downes, Kirsten J. Spearman (Alexandria Spearman-Kannel), Jonathan D. Downes (Jennifer Bryzozowski), Daniel W. Spearman and Michael T. Spearman. She also had several great-grandchildren, and a host of nieces, nephews, cousins and others who affectionally called her Mom, Grandmom and Granny. She often bragged about the accomplishments of her family being so proud that her children, grandchildren, their spouses/partners were all college graduates and many of them also had earned advanced degrees. She showcased their accomplishments with a prominent display of photos on her piano. She will be missed by everyone whose life she touched with her stern direction, her kind words, her constant prayers, her selfless acts of giving and her love. Reverend Wessie Spearman always conducted her Christian ministry and her life through the words written in one of her favorite scriptures: Romans 8:28 And we know that all things work together for good to them that love God, to them who are the called according to His purpose.