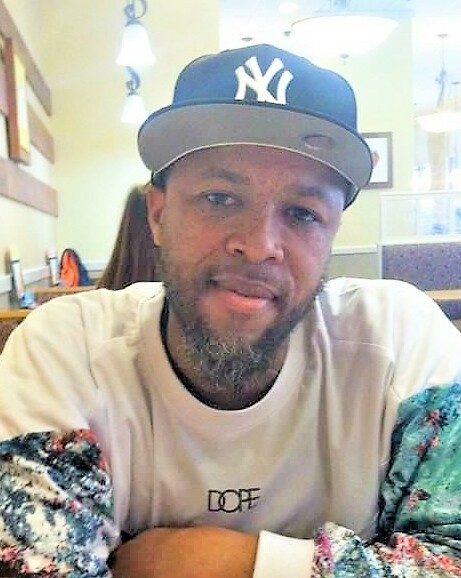 Please share a memory of Eric to include in a keepsake book for family and friends.
View Tribute Book
Eric D Roberts was born June 4, 1973 to the late Lurenda and Willie Roberts Jr. in Miami, Florida. Eric was one of four children. Eric went through the Miami school system where after graduation he pursued a degree in art from Art Institute of Miami. He was very creative and extremely artistic. Eric enjoyed getting dressed going out and showing off his latest sneakers. He was the life of the party. Eric went on and married Willeana Murray and had three children from that union. Later on in life he has another child. Eric loved to spend time with his fiancé Theresa Anderson going on trips and just hanging out listening to music and spending time with his family and friends. Eric left all of us to miss his presence, humor and his love of music. Eric is preceded in death by his mother Lurenda and father Willie. He is survived by his wife Wilenna Murray. He leaves to cherish his memory his four children Ethan, Seth, Makeya and Jayden. His fiancé Theresa Anderson three brothers Dereck (Sonya), Corey (Courtney) and Chavis (Tenesha) and a host of nieces, nephews, cousins and other relative and friends.
To send flowers to the family or plant a tree in memory of Eric Roberts, please visit Tribute Store
Saturday
28
May