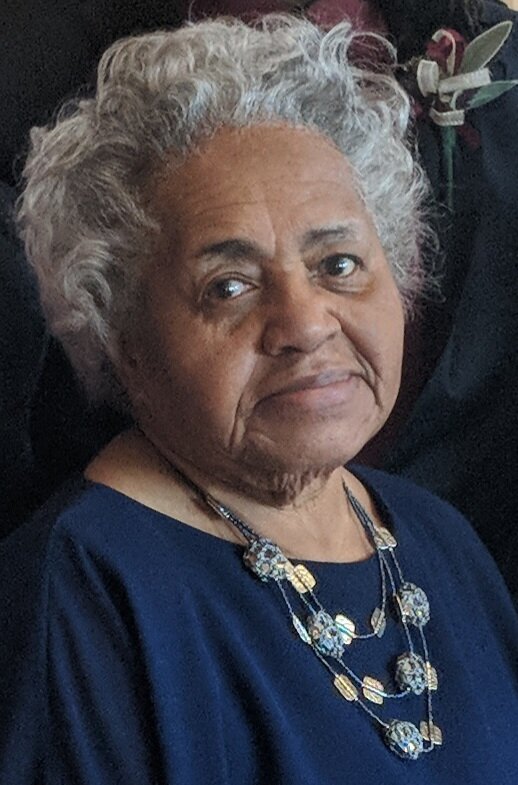 Please share a memory of Clara to include in a keepsake book for family and friends.
View Tribute Book
On May 20, 2022, Clara Bowe was called home to be with our Lord and Savior Jesus Christ. Clara Bowe was born to William McKinley and Mary Jane Brown August 9,1936, in Danville, Virginia where she accepted Christ at an early age and was baptized in 1948 at Prospect Baptist Church. Clara attended Stokes land Elementary School; then graduated from Southside High School (Blair, VA). She eventually returned to school earning a bachelor’s degree in Christian Education from Philadelphia College of the Bible (now Cairn University). After high school, Clara married her high school sweetheart, Willie (Curtis) Bowe, and from that union, one son, Timothy was born. The couple moved north and attended Providence Baptist Church in Chester, PA. And later, they moved to New Jersey, where Clara became a long-time member of Grace Temple Baptist Church in Lawnside. She later joined Living Word Bible Fellowship church in Blackwood, NJ under the leadership of Rev. Dr. William King. Clara began employment with the United States Postal Service and retired in 1991. Clara still wanting to stay active began driving the school bus, then spent several years working as a volunteer at West Jersey Hospital in Berlin (Virtua). Clara loved young people and used her Christian training to minister to them in church, community and home. She was active in BTU, AWANA club, Children’s choir, children’s church, and served as Sunday School Superintendent. Clara would also write, produce, and make costumes for Christian plays at her church. She also sponsored luncheons and programs for the betterment of the women in her church and the surrounding churches. Clara loved to sing, and sang soprano in several church and community choirs, where many of us enjoyed listening to her beautiful voice. Clara was also a talented children’s book author who wrote books such as Tuba Toothpaste and Once Upon a Time. Clara also had excellent culinary talents and would showcase her delicious meals at many family functions where we would enjoy her specialty dishes, fried oysters on Christmas Eve, in particular. That was one of the gatherings you just didn’t want to miss. Another one of her many talents was sewing. She would often design and sew dresses for weddings and many special occasions. She was a multi-talented lady, and she did not mind taking the time to help so many young ladies. Clara loved family and family loved her. She loved attending family gatherings and helping out in any way needed to make sure everything went smoothly. Clara was predeceased in death by her parents, William McKinley Brown, and Mary Jane Brown (Bethel). Siblings, Irma Brown, William Brown Jr., Curtis Brown, Charlotte Peterson, Freddy Brown. Clara Bowe leaves to cherish her memory a loving and devoted husband, Deacon Willie Curtis Bowe, a son Timothy (Catherine), Brother Edward Brown, sisters Hazel Adams, Anita Boyd. Grandchildren, Travis Bowe, Marques Bowe, Candace Bowe, Kishonna Bowe, Devon Bowe, Tamica Robinson, Tasha Pfoutz (Jon), Tia Cunningham (Richard). Great grandchildren Zoey Pfoutz, Trey Robinson, Zara Phoutz, Tegan Robinson, Talon Robinson, an extended family Sharon Bowe, Phyllis and Jim Wright, and a host of nieces, nephews, and dear friends. Poll Bearers: Family and Friends
To send flowers to the family or plant a tree in memory of Clara Bowe, please visit Tribute Store
Saturday
28
May