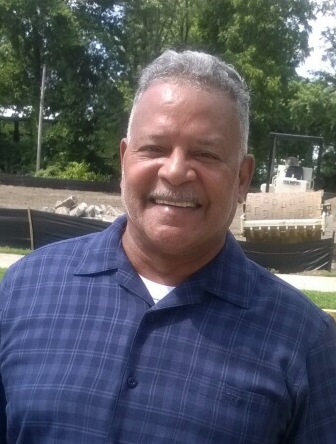 Please share a memory of Nathaniel to include in a keepsake book for family and friends.
View Tribute Book
Nate took the ride of his life when he met Barbara. They rode on a Yamaha 350 two-stroke motorcycle around Moorestown. She dashed him across the Ben Franklin Bridge to Bouvier Street in her 1975 silver Corvette, and he became so enthralled that in 1981 he proposed. He had never before met anyone like Barbara. She became his wife and partner for life on May 22, 1982. They spent 40 years of excitement, magic, and love. They always welcomed guests into their home and loved entertaining. They shared a life of fun, adventure, and love with family and friends. Nate often played games with nieces and nephews, hiding coins for treasure hunts. Nathaniel Leon Walden was born to Brownlee Walden and Lillian Hadley Walden on January 27, 1952, in Philadelphia, Pennsylvania. He was referred to by his family and in his church as Leon, similar to the Pastor’s name at the time, The Rev. Leon Sullivan. The family resided on Bouvier Street in the Nicetown-Tioga neighborhood of North Philadelphia. Nate spent his childhood engaged in Boy Scouts of America, Nicetown Club for Boys and Girls, and he participated in neighborhood street games such as half-ball and bottle caps. Nate attended Philadelphia Public Schools and graduated from Germantown High School. There he played competitive basketball and football and acquired the name of “Big Lee” of Tioga. Nate joined Zion Baptist Church as a young man where he attended with his family. After high school graduation, Nate attended Philadelphia Community College and pledged Gamma Phi Omega. He was president of the Gentlemen of Distinction, a social club. It was at one of their galas where he met his wife. Nate was an avid chess player, a serious pinochle player, and a lifelong Eagles fan. Nate faithfully committed to every endeavor. This trait was a part of his humble, caring personality. His commitment was evident in his 43-year employment at the same industry (Rohm and Haas/Arkema), his 40-year marriage, and his commitment to Second Baptist Church as Sexton. On May 25, 2022, Nate’s ride with Barbara came to a halt. However, their love for one another will last throughout eternity Nate leaves to mourn, his loving wife, Barbara; a deceased father Brownlee, Sr.; his mother Lillian; a deceased brother, Brownlee Jr; a brother, John Walden; a sister, Terry (James) Compton; three nephews: Jay, Justice, and Regent Walden; four nieces: Emerald and Essence Walden, Mya and Courtney Compton; a mother-in-law, Geraldine Brooks, a brother-in-law Dr. John Jackson (Renee), two sisters-in-law: Margaret Jackson (Erik Rucker), and Carol Jones(Bruce); seven nephews-in-law: Jameel, Khalid, Akil, Reggie, John Leslie, Eddie, and Aaron; four nieces-in-law: Erika (Goddaughter), Monica, Charlise, and Lydia; and a host of other relatives and friends.
To send flowers to the family or plant a tree in memory of Nathaniel Walden, please visit Tribute Store
Friday
10
June

Share Your Memory of
Nathaniel
Upload Your Memory View All Memories
Be the first to upload a memory!
Share A Memory
Send Flowers
Plant a Tree