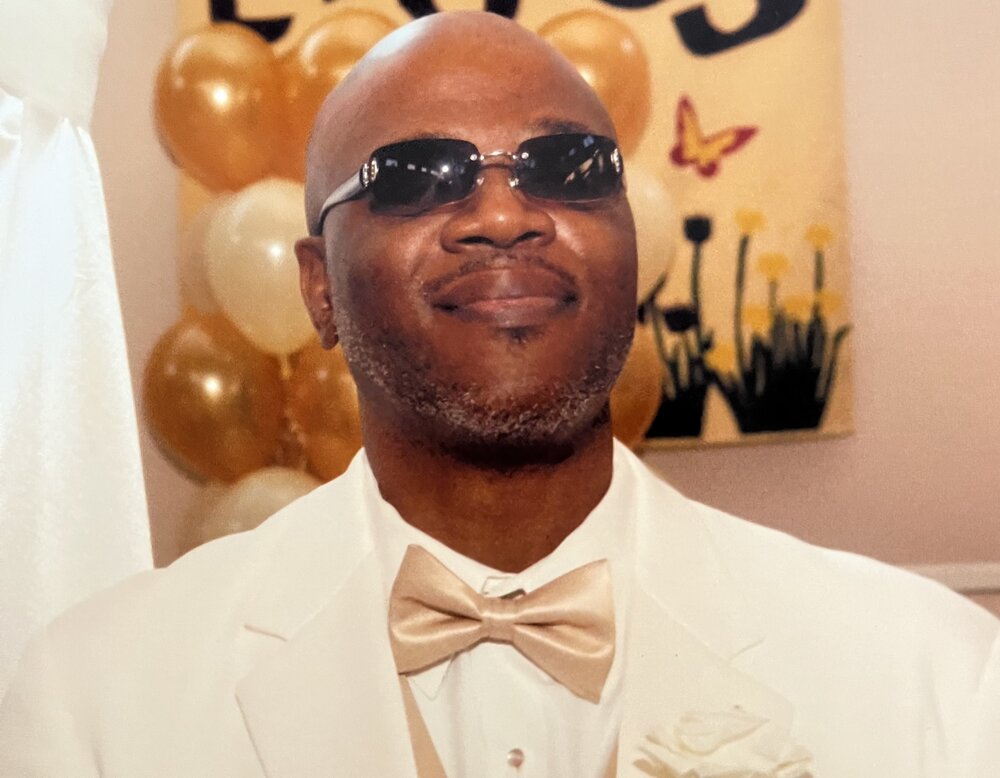 Please share a memory of Wayne to include in a keepsake book for family and friends.
View Tribute Book
REFLECTIONS OF A LIFE WELL LIVED Wayne Johnson was born on October 8, 1966, in Philadelphia, PA. Born to Wayne “Butch” Harrison and Lillian Johnson, his village was a strong and healthy one involving all his extended family members including his paternal grandmother, the late Ethel M. Harrison. After her death, the village expanded to include his father’s wife, Olga Larsen who successfully combined all 3 boys into a loving and cohesive family unit. Educated in the Philadelphia Public School System, Wayne graduated from South Philadelphia High School in 1984. Upon graduation, he immediately entered the workforce following a security career path with Allied Security on various assignments including Children’s Hospital of Philadelphia and Philadelphia Naval Shipyard. Wayne was a lover of music, especially R&B and the oldies. His passion for sports became evident as a child and continued throughout his life. He especially loved and played baseball. He coached the St. Edmonds basketball team where he was most proud to coach his younger brother, Jermaine, and the rest of the team to the championship games for two consecutive years. As the eldest of 3 boys, Wayne was an exceptionally positive influence on his younger brothers who always wanted to be with him anywhere and everywhere he would go. Wayne was well-loved and respected by his family, friends, and the South Philadelphia neighborhood where he spent much of his life. Known to many as a “gentle giant”, Wayne had a calm, quiet demeanor with an authoritative depth in his voice. He had a kind, warm smile for everyone he met. As a bachelor, Wayne knew that there was a part of him that was missing and when he laid his eyes on Halimah (his rib) in 2014, he knew he had hit the jackpot. They were both smitten with each other and began a whirlwind courtship. After he gained the courage to verbally claim her, he put a ring on it and the rest is history. On July 7, 2017, Wayne proclaimed his love and commitment to his “good thing” in the sight of God, Family, and friends. He was a committed tither and faithful member who loved his church. Always praying for his wife, church members, and family was one of his very important duties as a Christian. Their relationship with Pastor & First Lady, Gawain & Essy Bragg has developed into an everlasting personal friendship over the years. Their Sicklerville home is a welcome example of the type of godly environment enjoyed by anyone who visits. Uncle Jerry, Halimah’s maternal uncle, was an integral part of the family dynamic that Wayne readily accepted and likened to a certified caregiver from the very first day they met. Nothing was ever too time-consuming or too burdensome when it came to the care of Uncle Jerry. Their love for each other was evident whenever they were seen together. The latest family members, CodyKo and Bugatti, both owned a special part of Wayne’s heart. Even today, these two dogs are waiting on Wayne to walk through the door and take them on their daily walks. His is a tremendous loss for the entire family as well as everyone who had the pleasure of meeting him. He is preceded in death by his grandmother, Ethel M. Harrison, his mother, Olga Larsen Harrison, and his brother, Jermaine Harrison. Wayne leaves to cherish his memory: his loving wife Halimah; “Uncle Jerry” Mahan; father Wayne “Butch” Harrison; brother Kevin Larsen; mother-in-law Mary Mahan; father-in-law Clyde Terry Harper; sister-in-law Therese Dutch (Timothy) and Betty Mahan; uncle Eugene Harrison, aunts Rosalie Buckner and Jacqueline Harrison, cousins Sharon Thompson (Bryan), Valerie Burton (Cary), Eugene Harrison Jr., Darrin Harrison, Damon Harrison, one niece, two nephews, and a great number of other loved ones who will miss him immensely. "The steps of a good man are ordered by the Lord: and He delighteth in his way"
To send flowers to the family or plant a tree in memory of Wayne Johnson, please visit Tribute Store
Monday
27
June

Share Your Memory of
Wayne
Upload Your Memory View All Memories
Be the first to upload a memory!
Share A Memory
Send Flowers
Plant a Tree