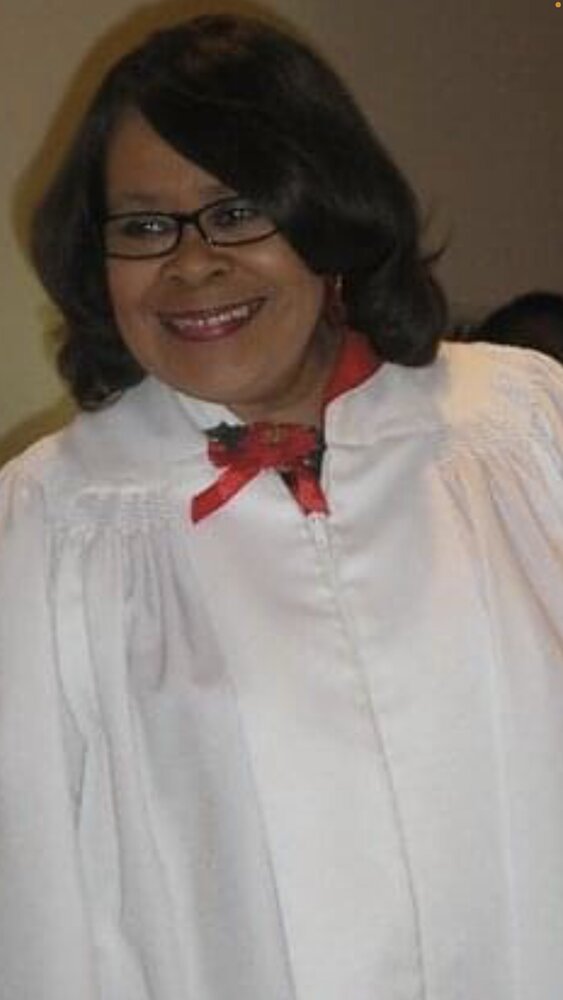 Please share a memory of Sheila to include in a keepsake book for family and friends.
View Tribute Book
Sheila Jane Brown-Saunders was born to Robert William Brown, Sr. & Clariese (Arthur) Brown-Robinson on October 8, 1953, in Vineland, NJ. On Monday, July 25, 2022, The Lord called His servant home to be with Him while at Inspira Medical Center in Vineland, NJ. Sheila attended Vineland Public Schools and graduated in 1971. Before graduating high school, she gave birth to her oldest daughter, Stephanie Marie Brown. Shortly after, she married Eliseo Villalongo, Sr. and from that union were born Eliseo Villalongo, Jr., and Joanna Clariese Villalongo. Sheila was a life-long member of New Bethel AME Church and was a part of many ministries. She was a Junior Missionary and Senior Missionary of the Mervella F. Arthur Missionary Society, a Junior Usher, and President of the Stewardess Board. Sheila loved to sing. She sang on the Junior Choir, Senior Choir, Gospel Choir and the Vineland Community Choir. Sheila was also a licensed evangelist with a servant’s heart. Sheila would meet and marry the love of her life, Mervin Olson Saunders, on July 16, 1996, at The Little White Chapel in Las Vegas, NV. Three months later, Sheila would face her first battle with breast cancer which she overcame. Twenty-one years later, she would again be diagnosed with breast cancer, only this time it would metastasize. During this time, she would become her husband’s caregiver and would care for him up until the day of her passing. Sheila leaves to cherish her memory, her husband Mervin, three children: Stephanie (Ray), Eliseo, Jr., and Joanna, grandchildren: Jessica, Courtney (Nick), Joshua, Derek, Tabitha, and Tiana. Great-grandchildren: Logan (Baby Boy), Sarai, Keziah, and Thomas, Jr. one uncle, Earl Arthur, aunts, Jane Clark (Godmother), Margaret Freeman (Ernest), and Vivian Brown, two nephews, Spencer, and Robert III (Angie), one niece, Tiffany, one godson, Matthew Christopher, one special brother, Craig (Cheryl), sister-in-law, Lovette, a host of cousins, and friends, and her fur-baby, Brutus. She was predeceased by her devoted parents, Robert Sr. and Clariese, her loving brother, Robert, Jr. her grandson, Jaden, and niece, Tanisha.
To send flowers to the family or plant a tree in memory of Sheila Brown- Saunders, please visit Tribute Store
Wednesday
3
August