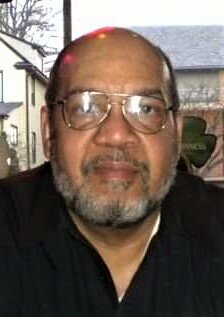 Please share a memory of Byron to include in a keepsake book for family and friends.
View Tribute Book
Byron Chinn was born in Camden, NJ, on May 29, 1950, to the late Malachi and Martha (nee Meekins) He was educated in the Camden City School District, where he graduated from Camden High School in 1969. He met and married Bernadette “Bunny” Cobb; his daughters Dionne and Donean were born in this union. As a man of many talents and skills, Byron also possessed a “need for speed.” Riding his motorcycles on the open freeways of California was the freedom he truly enjoyed. Byron’s passions were motorcycles and tinkering under cars. He thoroughly enjoyed taking apart cars and rebuilding them to his specific liking. His daughter Donean benefited from getting one of those rebuilt cars; a 1985 Chevy Blazer. Byron’s life was full of various experiences. In 1977, he traveled across the country to find himself. This search took him to the west coast where he made California his home for nearly 20 years; during this time, he met and married Rebecca Kinlaw and established a career where he honed his leadership skills as a district and store manager with various food corporations. Then, in 1997, he returned to New Jersey to be closer to his family and found his second career in management with the Mobile/Lukoil and Hess corporations. As a mature man, Byron rededicated his life to Christ at Vinelife Christian Fellowship in Riverside, California. Later, his love of ministry grew as he attended and served at World Harvest Christian Center (WHCC), Pennsauken, New Jersey. He was an active member of the Faithful Men’s Ministry (FMM), where he planned and implemented an annual Men’s Advance, the FMM Men’s Breakfast, and served on the WHCC Sound Team. He graduated from World Harvest Christian Center Bible School in 2009. Byron took pride in being a grandfather to his grandchildren Jamal and Jayla, taking them to church, football and gymnastic practices, and other outings like water rafting. In addition, he was a resource for many of his family members and developed lifelong and loving relationships with his younger cousins. Byron is survived by his daughters Dionne Chinn and Donean Chinn Parker (Grandchildren Jamal and Jayla. Brothers Douglas (Anette) and Cordell (Donna), loving nieces, great nieces, great nephews, and a host of cousins. Byron was predeceased by his parents and his only sister Juanita L. Chinn.
To send flowers to the family or plant a tree in memory of Byron Chinn, please visit Tribute Store
Monday
3
October

Share Your Memory of
Byron
Upload Your Memory View All Memories
Be the first to upload a memory!
Share A Memory
Send Flowers
Plant a Tree