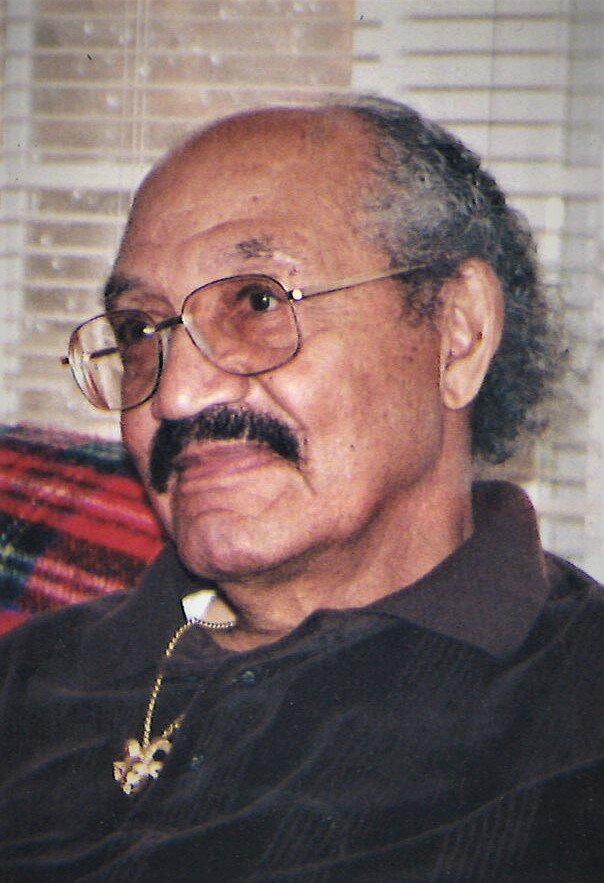 Please share a memory of Richard to include in a keepsake book for family and friends.
View Tribute Book
Reflections of Life Richard Fisher, affectionately known as "Rich" and "Pop Pop" to his family and friends, was born on April 10, 1926 in Camden, New Jersey to Lillian Fisher and Nathan Gerald. Richard was raised in Camden by his grandmother in a strong family unit. He resided in Camden until adulthood. Richard was educated in the Camden Public School system and, as an adult, he enrolled in accounting and construction building classes at Rutgers University. Richard loved these skill building classes as they honed and refined his carpentry and foreman-ship skills in the construction industry. He was a skilled construction worker, a member of Union 222 of Camden and a highly sought after foreman for major building projects in Camden County. This included malls, high rise apartments, banks and the infamous Race Track in Cherry Hill, New Jersey. He was well respected as a foreman, and he gained numerous friends in the construction industry based on his fairness and his emphasis on, "no half stepping on the job". Richard was an avid sports fan. He loved football, basketball, baseball and tennis. While he did not have favorite teams, he loved watching a good game and he enjoyed seeing good teams win. He also enjoyed his spirited game night chats and debates with his friends, while viewing the games. In his golden retirement years, Richard and his wife, Edith, enjoyed traveling, gardening, participating in church activities, drawing and painting, having holiday dinners and get togethers with family and friends. Christmas and birthday celebrations were a treat in the Fisher's household. It was always filled with beautiful decorations, good food and lively fellowship. Richard also relished their annual trips to Canada and the New England states along with trips up and down the east coast and vacations in New Orleans, Memphis and Las Vegas. Gardening was one of the many ways Richard expressed his creativity. His gardens were filled with a beautiful tapestry of perennials in full bloom. Equally impressive was Richard's artistic skills in painting and drawing. The inside of their home was adorned with Richard's drawings of celebrities, as well as family and friends. Richard also enjoyed attending church service at Mt. Olive Baptist Church with his wife, and he was an active participant in the church's community focus and senior citizens' workshops. Richard firmly believed in keeping his mind and body alert and active. On September 16, 2022, after a bout with cardiac issues, God knew His child was tired and He called Richard to eternal rest in Heaven. Richard leaves to cherish his memories: his wife Edith of 33 years; two god children Damon (Erin) Harper and Teirra (Melvin) Russell whom he raised and mentored from birth to adulthood; six beautiful grand god children Daysha, Damon II, Skyla, Nehaven, Serenity and Naomi who will miss their "Pop Pop"; two faithful caregivers Constance Fentress and her husband Charles, and countless friends and coworkers who will remember Richard's good heartedness and his perfectionist persona. He was always impeccably attired and always firm in his "no half stepping’' philosophy.
To plant a beautiful memorial tree in memory of Richard Fisher, please visit our Tree Store

Look inside to read what others have shared
Family and friends are coming together online to create a special keepsake. Every memory left on the online obituary will be automatically included in this book.
View Tribute Book
Services for Richard Fisher
There are no events scheduled. You can still show your support by planting a tree in memory of Richard Fisher.
Plant a tree in memory of Richard

Share Your Memory of
Richard
Upload Your Memory View All Memories
Be the first to upload a memory!
Share A Memory
Plant a Tree