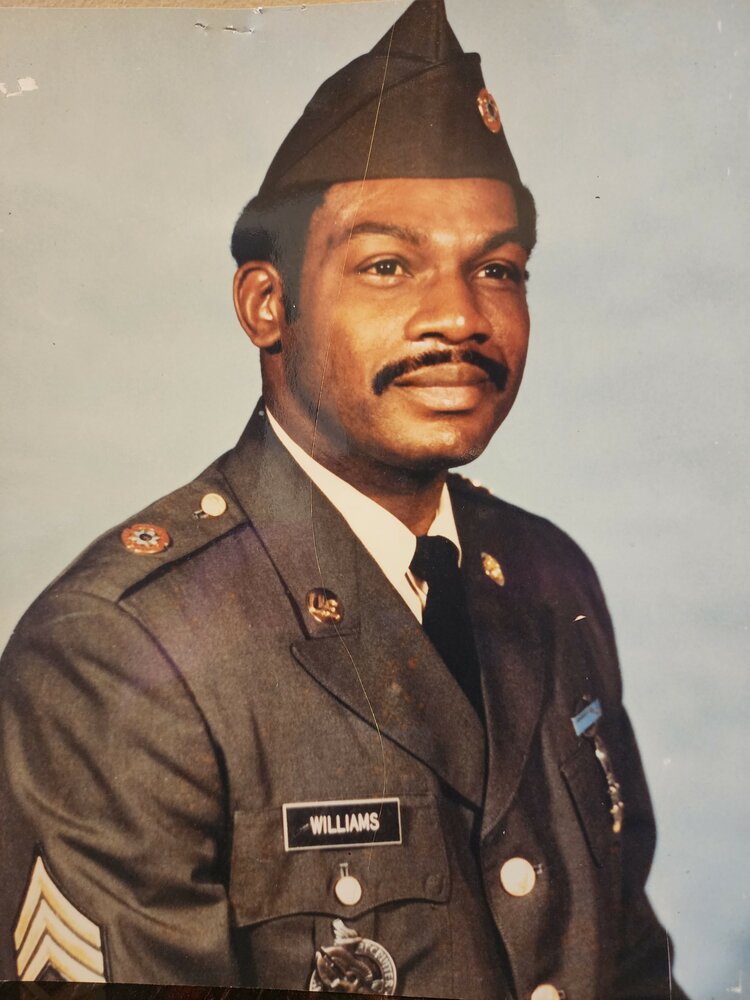 Please share a memory of Jasper to include in a keepsake book for family and friends.
View Tribute Book
Mr. Jasper H. Williams Jr. was born on September 13, 1939, in Savannah, Georgia to the late Lillian (Lee Corby) and Jasper Williams Sr. He received his early education in the Georgia School System. As a teenager he worked many odd jobs to assist his family following his father’s untimely demise. Jasper enlisted in the United State Army in 1974 and was honorably discharged on June 30, 1980. During his lifetime he was a member of the National Rifle Association and received many awards for marksmanship. Weightlifting was one of his many hobbies. He loved to cook, burning up the pots and mowing the lawn, especially his wife’s plants and flowers. Gospel music and singing for the Lord were very important to him. He loved listing to old time spirituals and praising the Lord. On August 28, 1969, Jasper and the love of his life, Christina Richardson has a fairy tale wedding in Ocho Rios, Jamacia. Jasper was employed by the Camden County Sheriff's Department. After retiring, He worked for Safety and Ryder Bus Companies as a bus driver. He leaves behind to mourn his death, His wife Christina, one daughter Nicole Bell, one son who preceded his death Nathaniel Williams, Three stepdaughters Ieaisha, Lataisha, and Shanel. Three predeceased siblings Lillian, Marjorie and Loen, 2 surviving sisters Julie and Violet, one brother James, a grandson Charles a special son Bob, and a host of nieces, Nephews, family and friends. Lovingly Submitted, The Family.
To send flowers to the family or plant a tree in memory of Jasper Willaims, please visit Tribute Store
Thursday
13
October

Share Your Memory of
Jasper
Upload Your Memory View All Memories
Be the first to upload a memory!
Share A Memory
Send Flowers
Plant a Tree