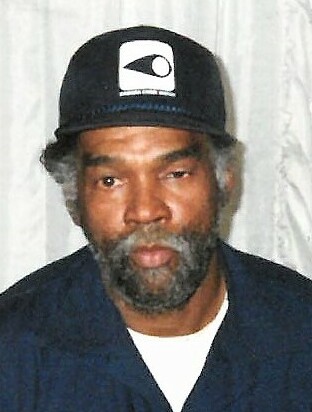 Please share a memory of Willie to include in a keepsake book for family and friends.
View Tribute Book
Obituary Willie James Ballard was born in Lumber City, Georgia on March 20, 1945, to the late Helen Smith Ballard (stepfather, Nathaniel Ballard, Sr.) where he attended the public schools in Georgia. He moved to Camden, New Jersey in 1965 where he began his career after his training in auto mechanic school in the early seventies. Willie accepted Jesus Christ as his Savior in May 2010 under the leadership of Minister Kevin Brown in Pennsauken, New Jersey. Willie loved the Lord and daily prayed and read the scriptures with his wife Clara (Sissy) concentrating on the Psalms. Willie enjoyed his children and grandchildren and also really enjoyed working on cars of family and neighbors. He was employed by the Camden City Police Department for twenty-seven years as an auto mechanic, servicing the cars of the officers to keep them safe on the road. He retired from the Police Department in 2015. Now he is at home and at peace with his Savior. His wife and family will always remember him to be caring and loving and he was funny, full of laughter and liked by many. Willie was a friend to anyone, always there in any capacity for everyone, especially his family and friends. Willie was a loving husband, father, grandfather and great grandfather. He always made sure his wife had beautiful flowers throughout the years just to make her smile. Willie was a get provider. His wife never wanted or needed anything. Willie was a great brother-in-law. Willie and his wife’s special moments were when they were out fishing together. Willie’s special second moments when he spent time with his children and grandchildren. He leaves to cherish his memories, his beloved wife, Clara (Sissy) Leary Ballard, Stepson, Sean Leary, daughters, Lisa McMillan and Francilla Bradley Thomas. Willie also raised his Grandson as his own, Sean Strong, from birth. Numerous Grandchildren and and a host of great-grandchildren; nieces and nephews, uncles, cousins, and special friends and co-workers: Melvin Nichols; Miguel (Mike) Roman; Ronald Creecy; George Hall; Thomas Guenzer; Raul, Joe and David Harper, just to name a few. Brother-in-laws, William Leary, Jr., Wallace Leary, Wayne Leary and Mark Campbell. Three sisters-in-law Deborah Ballard, Carol Leary Campbell, and Valerie Webster. Preceded by death were his mother, Helen Smith Ballard, and his brother, Nathaniel Ballard, Jr.; his Aunt Jewell Davis, Aunt Margaret Hurt, brother-in laws, Walter Leary, and Raymond Leary; sister-in-law, Shelley Loper Leary. Lovingly Submitted the Family
To send flowers to the family or plant a tree in memory of Willie Ballard, please visit Tribute Store
Thursday
27
October

Share Your Memory of
Willie
Upload Your Memory View All Memories
Be the first to upload a memory!
Share A Memory
Send Flowers
Plant a Tree