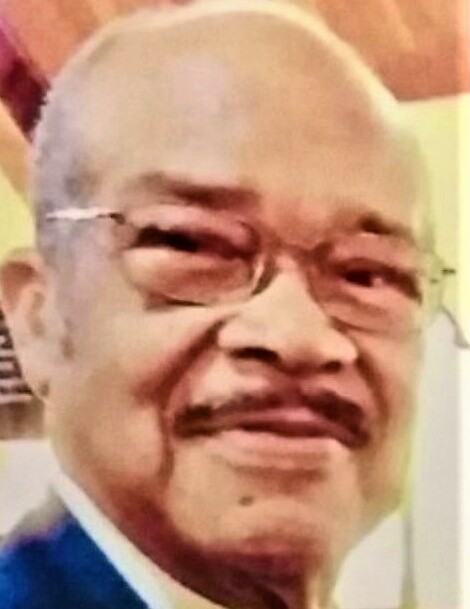 Please share a memory of Curtis to include in a keepsake book for family and friends.
View Tribute Book
Curtis Watkins, known to friends and family as "Curt", was born April 12th, 1933 to parents James Watkins and Mary Hansford. He passed away at age 89 after a heroic battle with pneumonia and multiple cardiac episodes. We knew Curt as a man always in support of his family. Curt was the 3rd son of 8 siblings, born during the height of the Great Depression in Macon Georgia. He came from an era when people were at their toughest, and for whom responsibilities were not taken lightly, but instead a matter of life or death. He would often say he learned early that “if you did not work, you did not eat.” Thus, from a very young age Curt worked alongside his brothers, farming and selling home-grown vegetables to help his family earn a living. Education was a top priority for Curt, and he excelled in math and technical disciplines, and was on a lifelong journey of self-improvement. Economic opportunity led his family to move to Philadelphia where Curt would spend the majority of his life. He graduated from North Philadelphia’s famous Gratz High School in 1952 and enlisted in the Army’s 6th Armored Division Infantry unit, where he was eventually deployed to Paris, France on the cusp of the Korean War. Curt met his beloved wife Jeanette Gaines in 1955, and the couple married on December 5, 1959. Because local firms refused to hire Black electricians during this period, Curt and Jeanette relocated to Seattle, Washington where he was hired by the Boeing company. The couple traveled throughout many north central and northwest states as his employment progressed. At Boeing Curt became was one of the only African-American employees to earn security clearance to service and maintain Minuteman missiles at missile silos in several north central and northwest states. He later became one of the only African-American members at Boeing to build the prototype for their first tilt-rotor aircraft, the Osprey, and he was the only member to assemble the cockpit electronics for the craft. Missing family, the couple returned to Philadelphia in 1962, where they settled to start a family of their own. Curtis and Jeanette were married for 56 years until Jeanette’s passing in 2015. As a father, all of Curt’s best qualities were on display, and he took the responsibility of parenting very seriously. Although he was known to countless relatives as “Uncle Curtis” he was a father figure for so many nieces, nephews and cousins, whom he all cherished deeply. He was an encouraging and consistent parent who ultimately taught others how to live by the example of his own life. In 1964 Curt and his brothers founded their own softball team within Philadelphia’s famous Leroy Kelly league, which would later become known as the Dirty 9. The name was adapted from the hit 1967 movie The Dirty Dozen, a favorite of Curt and his contemporaries. Curt and his brothers Al and Bobby all played positions on the team, and they continued to add local players, eventually moving into positions as Coaches and Managers of the club. The Dirty nine was a winning and historic fixture in the Philadelphia neighborhoods for over 50 years, and continues to this day with countless players both past and present representing that “WHOOSH!” spirit with the same pride and energy of its’ founding brothers. Though he was a practical man of hard work, personal sacrifice, few words, and unshakeable convictions, Curt loved to laugh and was quick to help others. There was little that he could not do, and he was always available to those in need. He was at various times and to great success, a mechanic, a farmer, a carpenter, an electrician, a chauffer, a salesman, a guitarist, a plumber, an advisor, a handyman, a professional boxer, a softball team manager, and a business owner and many, many others. During the heyday of black-owned businesses in Philadelphia, Curt was the owner of Watkins Television Repair shop in West Philadelphia for many years, across the street from his beloved sister’s historic Liz & Daughter’s Beauty salon. Curt would want you to know that he was not one to brag. Not someone who is loud or boisterous. With Curt right was right, and wrong was wrong. He meant what he said and said only what he meant. He was never judgmental but stood his ground on command of facts while being respectful of others’ opinions. He was the reliable foundation upon which many relationships, families and friendships were built. His inner strength, faith in God, and his relationships with close family and friends helped Curt maintain an active lifestyle well beyond his eighty years. He was always making repairs around his home and would not hesitate to get up on a ladder to fix something. He continued to visit and to help his friends and family and to stay involved in their lives- always minimizing his own troubles, while assisting them to carry their burdens. Curt is survived by his son Curtis Anthony, and his wife Adonika, and his three grandchildren Dakota, Logan and Liberty. His brother James, sisters Mae, Aretha, Elizabeth, and Laverne; dearest friend Kathy. Curt leaves a host of nieces, nephews, and extended family and friends.
To send flowers to the family or plant a tree in memory of Curtis Watkins, please visit Tribute Store
Monday
31
October