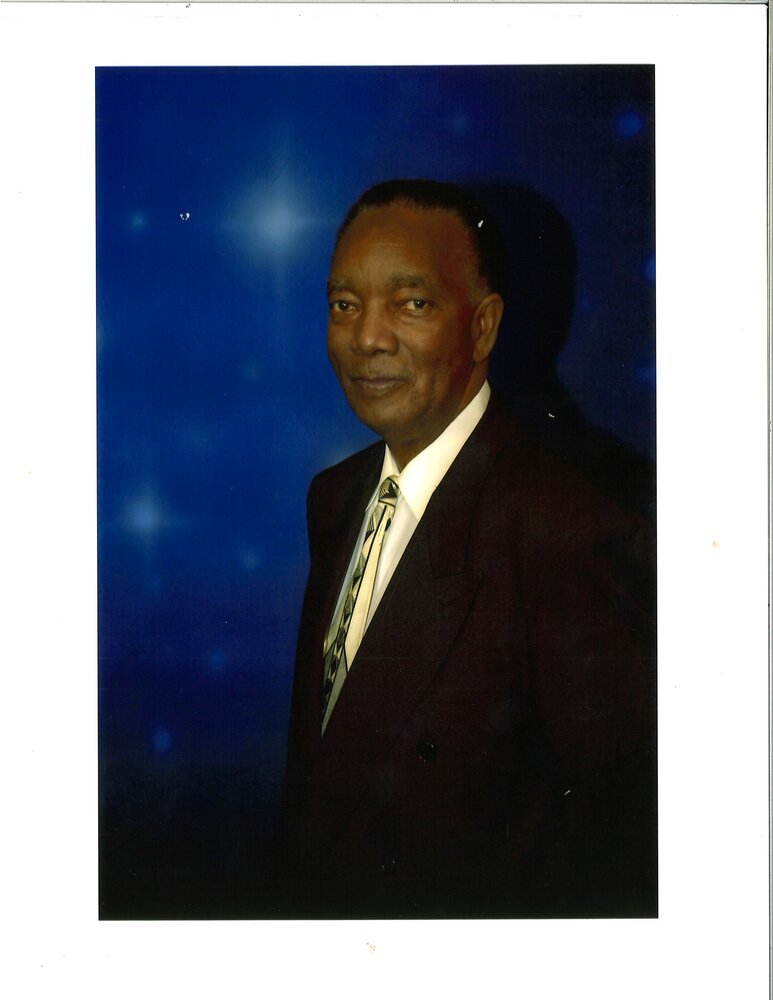 Please share a memory of Francis to include in a keepsake book for family and friends.
View Tribute Book
Francis Marion Jones affectionately known as "Frank "passed away peacefully from this life November 4, 2022, at home with his wife. Francis Jones 81, of Willingboro N Jersey, Frank was born in Fayetteville North Carolina on September 28, 1941, to parents Arche and Sarah Jones. Frank graduated from Anne Chestnut high School in 1959. He attended Fayetteville State Teachers College for 2 years before joining the United States Air force in 1961. On September 5, 1998, he married Dorothy Lawson of Margat England to this union they adopted a son Daylin Jones. Frank had three children from a previous marriage. Son Anthony Jones, two-daughters Judith and Jacqueline Jones. He and his family traveled around the country and overseas. Before settling down at McGuire Air Force Base in 1974. He served in Vietnam war. He had a 25-year career in the Air Force and retired as Master Sergeant in 1985. After retiring from enlisted in the military, Frank continued as a civil servant at McGuire in the 305th Air Mobility Wings Plan Division where he retired on February 28, 2013, he was awarded the Medal for outstanding civilian Service to the Department of the Air Force. Frank also was a lifelong member of Post 4914 of Willingboro NJ. After retiring Frank worked by his wife's side with Mentor Network NJ. For 19-years mentoring and providing a threptic home for the Physically/ Mentally challenged children. Frank had a very special place in his heart for children with special needs. Anything that you needed done he made himself available to help. Frank had a love for music, at Fayetteville State he was a member of a group called the Rudyaires. His favorite group was the Spinners, and he could sing every song as if he wrote them himself with his smooth and amazing voice. He had the opportunity to do the opening show for the popular group The Ebony's at McGuire Air Force Base. Frank was a integrate part of his wife's Gospel group "The Capital City Gospel Singer". He also enjoyed dancing and he and his wife won several dance contests bopping. Francis Marion Jones was proceeded in death by his parents Archie and Sarah Jones and his brother Oscar Jones. Francis is survived by his loving wife Dorothy Jones, son Daylin Jones Willingboro, Goddaughter Tatiana Spencer, Willingboro, Anthony Jones California, daughters Judith Jeter (Joseph) Fla, Jacqueline Jones of Ga, and his step-sons Robert kelsey of Fla, and Camadia Kelsey of Willingboro NJ, he leaves to behind his grandchildren, Kayla Kelsey, Yunique Kelsey, Essence Kelsey, Messina Kelsey, Camadia Kelsey Jr, Tatiyona Kelsey, Maurice Jackson Chanel Jones, Ashley Lewis and Joseph Jeter II and great grandchildren Maddison Lewis, Micah Lewis, Xadrian Jones, and Mason Lewis. Humbly Submitted The Family
To send flowers to the family or plant a tree in memory of Francis Jones, please visit Tribute Store
Tuesday
15
November