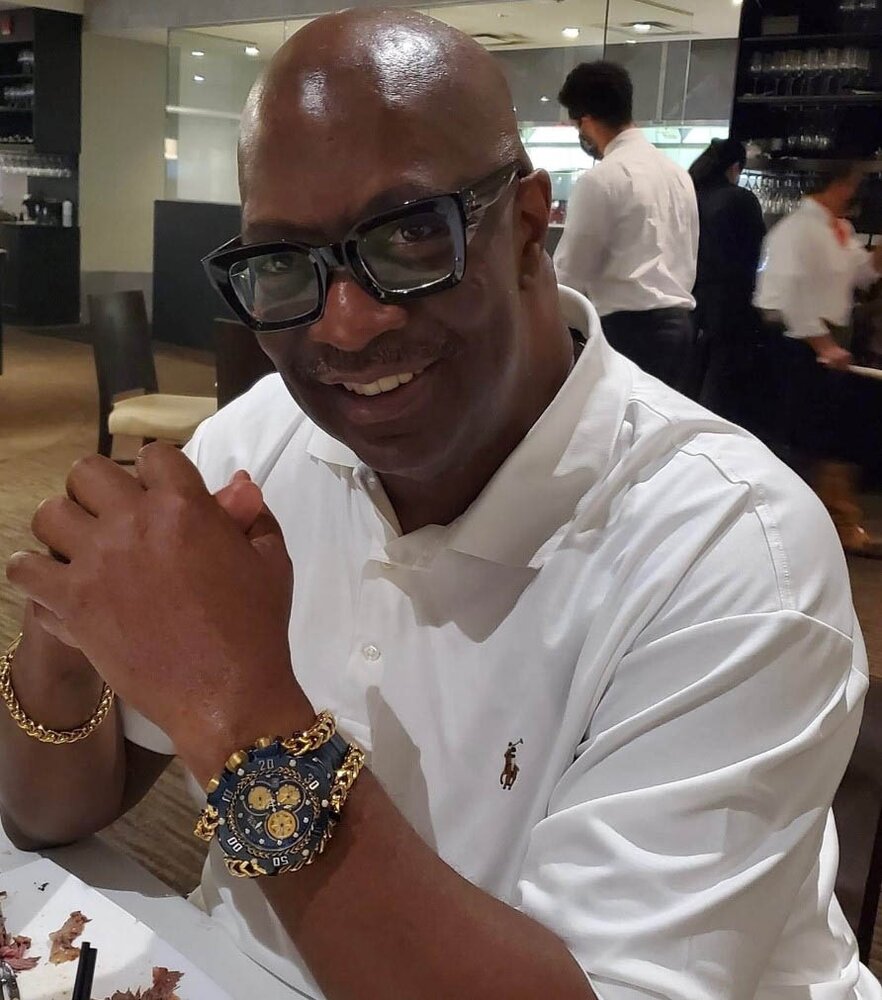 Please share a memory of Sylvester to include in a keepsake book for family and friends.
View Tribute Book
Sylvester Mitchell Jr. was born October 26, 1962, to Sylvester Mitchell Sr. and Rosalie Bacon Mitchell who both preceded him in death. Affectionately known as Syl, he grew up with his nieces and nephews close in age. He made friends easily and latched on to sports at an early age. A product of the Philadelphia School System, especially his esteemed alma mater West Philadelphia High School, Syl garnered many friends including a group of “Brothers” that were a significant part of his life until his departure. After graduating from West Philadelphia High School, Sylvester attended the University of Maryland Eastern Shore. Syl met and married Meda Spence and from that union came a baby girl in 1992, Sydney Marie. Later meeting and marrying Ebony Joyner, he gained a bonus son Edward. Shortly thereafter, his son Marcus was born in 2000 and made their blended family complete. A devoted father and sports dad, Sylvester was ever present at the many games, practices, recitals, and activities of his three children. Syl had a lengthy career in the shipping industry, spanning 30 years. First working at UPS, then Airborne Express/DHL where he retired in 2014. Syl enjoyed his retirement traveling the world, collecting Invicta watches, and experiencing his children grow into mature adults. Syl leaves to mourn a daughter and two sons, a granddaughter Quinn, four sisters “the Mitchell Sisters,” Janice, Theodora, Devon, and Delores (a sister Fern preceded him in death), a host of nieces and nephews, and his significant other Michelle Talbert. It is with deep sorrow that we say goodbye to Sylvester Mitchell Jr., Father, Brother, Uncle and Friend
To send flowers to the family or plant a tree in memory of Sylvester Mitchell, Jr, please visit Tribute Store
Saturday
19
November