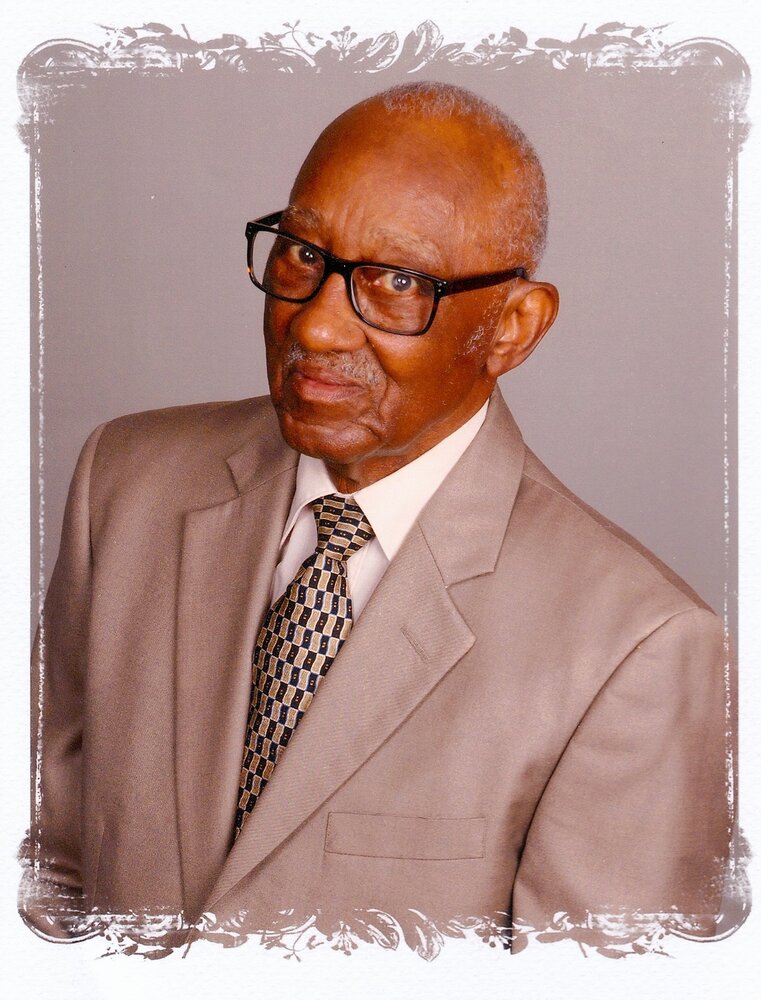 Please share a memory of Frank to include in a keepsake book for family and friends.
View Tribute Book
“The Lord is my rock, and my fortress, and my deliverer; my God, my strength, in whom I will trust my buckler, and the horn of my salvation, and my high tower. I will call upon the LORD, who is worthy to be praised.” (Psalm 18:2-3) Frank Henry Newman Sr., 96 years of age, was born on a special summer day, July 19, 1926, in Lansdowne, Pennsylvania to the late Ada Pearl and Alfred Newman Sr. Frank was the third child of ten siblings. Frank was educated in the Lansdowne School System. He enlisted in the Army in 1943 and was a veteran of WWII, honorably discharged in 1946. After leaving the military, he worked as a truck driver and custom door maker for Clifton Builders Supply Company in Primos, PA. He became a skilled carpenter and worked in home renovations for many years. He left Clifton Builders and started working for the United States Postal Service in 1966 as a mailman, retiring in 1987. He was known as the “happy neighborhood mailman” always delivering mail with a smile on his face. Following retirement from USPS, he did home remodeling jobs, and drove a school bus in Turnersville, NJ. In 1947, he married the love of his life, Eloise E. Jeffery and celebrated 66 years of marriage, prior to her passing in 2013. From this union came three loving children, Althea, Frank Jr and Gregory. Frank loved to travel back and forth from Philadelphia Pennsylvania to Tallahassee Florida (his wife’s birth home) with his family by automobile and he eventually built a home there. He had many talents including baseball, was a talented bowler, enjoyed playing dominoes, ping-pong, scrabble and cards with family and friends. Frank was a gifted handyman and shared this gift with many others. Frank grew up in Mt Sinai Baptist Church (Lansdowne PA) and accepted Jesus Christ as his personal Lord and Savior while attending Bethel AME Church (Lansdowne PA) with his wife and children. He was a member there for many years serving as a Steward, singing in the senior and male choirs and on the male usher board. Following his wife’s passing, Frank moved to McDonough, Georgia from Turnersville, New Jersey to live with his daughter and son-in-law. He joined St Paul AME Church in Covington, Georgia where he served faithfully until recently due to illness. Elder Frank H. Newman Sr. transitioned on Saturday, November 26, 2022, at Piedmont Henry Hospital in Stockbridge Georgia, with his daughter and grandson nearby. Frank was preceded in death by his beloved wife, Eloise, his parents, two brothers, Jim and Alfred, two sisters, Isabel and Claudine, and his son, Frank Jr. He leaves to remember and cherish his memory: a loving daughter, Althea Johnson and son, Gregory (wife Deneen), daughter-in-law, Bernice; eleven grandchildren, twenty-three great grandchildren and thirteen great-great grandchildren; three sisters, Jean Harris, Francis Wilson, Viola Curry and three brothers, Robert, John and brother-in-law Daniel Sharpe; and a host of nieces and nephews, extended relatives and friends. Frank loved and was deeply loved by family and friends. Oh, that special smile and caring heart. He will be missed. Frank, may you rest in peace now, safe in the arms of Jesus
To send flowers to the family or plant a tree in memory of Frank Newman, please visit Tribute Store
Wednesday
7
December

Share Your Memory of
Frank
Upload Your Memory View All Memories
Be the first to upload a memory!
Share A Memory
Send Flowers
Plant a Tree