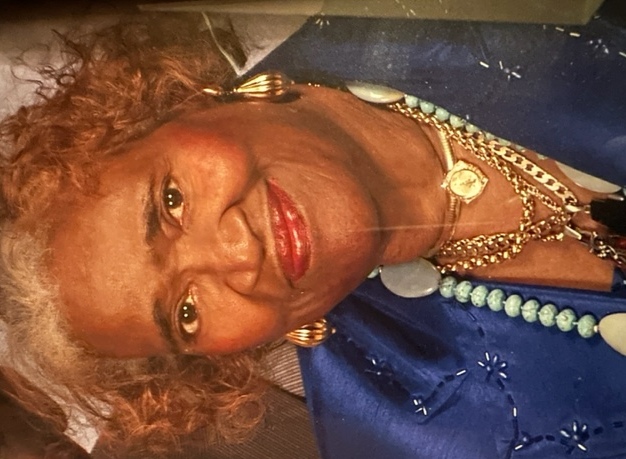 Please share a memory of Bobbie to include in a keepsake book for family and friends.
View Tribute Book
Bobbie Jean Robinson affectionately known as ‘Grandmom’ was born on February 5, 1934 in Pell City, Alabama. Bobbie was one of seven children born to the late Eugene Robinson and Flora Wade. Bobbie received her formal education from the Saint Clair Public School System in Pell City, AL. Years later she met and married her handsome, loving husband Albert J. Henderson. Out of this union were born four children, Flora J. Robinson, Edward ‘Eddie’ Henderson, Mark A. Henderson & Barbara Ann Henderson. A year after this union, Albert & Bobbie moved their family North to Camden, New Jersey. Bobbie had a passion for caring and helping others. She took on the position of becoming a nurse at Cooper Hospital in Camden, NJ, where she later retired after many years of service. Bobbie was a caring person who adored her family, providing for them in any way she could. She sent her children to private schools and colleges to ensure they learned to become responsible adults. Bobbie envisioned these values would pass to each of her grandchildren and great-grandchildren. Bobbie was a wise businesswoman when it came to making vital business decisions. Se was very confident and stern when it came to accomplishing her life goals. Bobbie had a love for cooking Southern-Style meals for her family. She made it known for others to not be in the way while she was cooking in the kitchen! Bobbie loved fast cars, her grandchildren & great-grandchildren whenever they visited her. Bobbie made it imperative to support her grandchildren & great-grandchildren in any way possible and would never miss their birthdays and or/holidays. Bobbie accepted Jesus Christ as her personal savior from a young-age and was a member of Kaighn Avenue Baptist Church, where she served as a child of the Lord for many years Barbara-Ann will always remember the conversations and the love they shared. She will terribly miss taking excellent care of Bobbie every day and night around the clock. Bobbie leaves to cherish her memory her late husband, Albert Henderson, the late Flora Robinson (daughter), the late Edward Edward ‘Eddie’ Henderson (son), Mark Henderson (son), Jacob & John Henderson (surrogate sons). She also leaves to mourn her memory her siblings the late Robert Robinson (brother), Jay B. Robinson (brother), James Embrey (brother), Betty-Sue Scott (sister), and Sally Hickenson (sister). Bobbie also leaves to cherish her valuable grandchildren & great-grandchildren along with a host of nieces, nephews, extended family members and friends.
To send flowers to the family or plant a tree in memory of Bobbie Henderson, please visit Tribute Store
Friday
16
December

Share Your Memory of
Bobbie
Upload Your Memory View All Memories
Be the first to upload a memory!
Share A Memory
Send Flowers
Plant a Tree