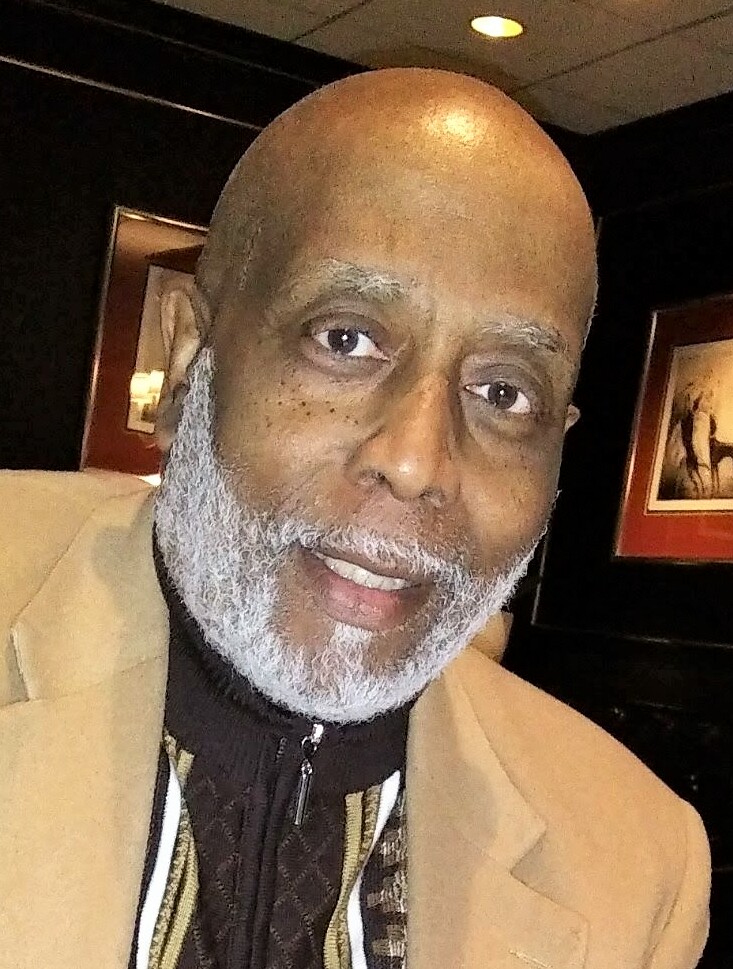 Please share a memory of Percy to include in a keepsake book for family and friends.
View Tribute Book
Percy W. Carter was born March 1, 1950, to the late Delores and Percy W. Carter, Sr. Percy was one of three sons from this loving union. His aunt, Ruth Hayes, raised all three boys (Robert, Percy, and Tyrone) after their parents’ early deaths, with love as her own. Percy accepted Christ at an early age and was baptized in his family church. He attended the Dobbins Vocational Technical High School in Philadelphia, where he excelled in his courses. He also excelled in sports, football, track, and bowling (Captain of the League). However, he always wanted to enlist in the US Airforce. So, after high school, he served his country, and received an honorable discharge for his service. His life was enriched in 1982 when he married Laura Muldrow and they raised her daughter, Robyn (from a previous marriage) and son, Jason and became a blended family. Percy was a loving, compassionate, and caring father. Percy attended and graduated from Temple University and received his bachelor’s degree in Business and Finance. His first job was as the Executive Director of the Household Finance Corporation. He was employed there for over ten years. He worked for most of his career in finance. He retired as the Administrative Director of the Freedom Credit Union’s Loan Office Department but still pursued his master’s degree. Before his death, his son, Jason, switched careers to finance. A feat Percy had been pursuing for most of his life. His son finally followed in his footsteps. The Lord brought Percy into the life of the ministry at Seeds of Hope Ministries in Camden, NJ in January 2019. You could always find Percy at the ministry's Prayer Station, whether it was at the weekly Neighborhood Breakfasts, Good Friday, the National Day of Prayer, National Night Out or other spontaneous outreaches. He loved praying for people and sharing the Good News of the Gospel of Jesus Christ. He loved serving the Lord by serving others. On Sunday November 13, 2022, God in His infinite wisdom called Percy home. Percy was preceded in death by his parents, aunts and uncle (Ruth Hayes and Dorothy and Herbert Osborne), his brothers, Robert and Tyrone, his grandfather (Herbert Osborne, Jr.). Percy leaves to celebrate his life, his children, Jason W. Carter (son), Robyn M. Muldrow and Anastasia Arthur, (daughters), Kaila Chapman (granddaughter), Catherine Carter (sister-in-law), Maurice and Gregory Hayes (brother-in laws, like brothers), Fredrick Coleman (a good friend), and a host of cousins, family, and friends. Services will be held at May Funeral Home, 1001 4th Street, Camden, NJ. Visitation/viewing will be at 9am and a service at 10am, followed by internment. In lieu of flowers, donations can be made to Seeds of Hope Ministries in Camden.
To send flowers to the family or plant a tree in memory of Percy Carter, please visit Tribute Store
Tuesday
20
December

Share Your Memory of
Percy
Upload Your Memory View All Memories
Be the first to upload a memory!
Share A Memory
Send Flowers
Plant a Tree