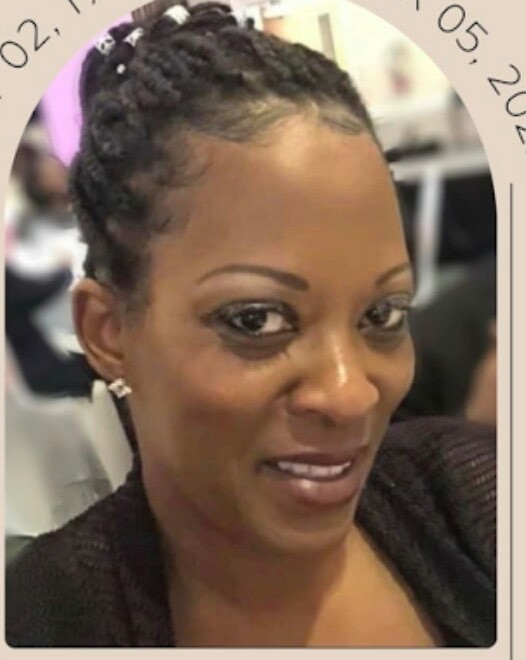 Please share a memory of Pamela to include in a keepsake book for family and friends.
View Tribute Book
THE OBITUARY Pamela Marie (Hynson) Crook, “Pam”, as she was affectionately known, transitioned peacefully on December 5, 2022, surrounded by immediate family members. Pam was born in Philadelphia, PA on May 2, 1969, to Tina Washington and Bernard Hynson. She graduated from Willingboro High School in 1987 where she presided as Class Vice President. She continuously made efforts to keep her classmates connected over the many years. Pam graduated from Eastern University with a Bachelor’s in Business Administration. She worked in the marketing field for over 23 years. She launched numerous marketing campaigns, championed automation, and several legal CRM systems. Pam was so passionate about marketing that she even introduced her son into the field. Pam was blessed with a son Marquis in 1993, who she called her ‘’boo-boop”. She later married Willie Crook in June of 2000 and they had a daughter, Raynell, who was affectionately called “puddin”. Pam loved her children so much they even acquired some of her skills. Marquis shares her wit, determination, and cooking skills while Raynell shares her voice, heart, and entertainment skills. They will continue to honor her and will always remain the “Three Musketeers”. Pam believed in working hard, so she could play harder. Pam had an uncanny ability to find contentment in her daily activities. Her infectious personality was contagious to everyone she knew and those she met. She loved to travel, she was an avid cruiser and even got the chance to go to Hawaii and Japan! She had many talents, but dancing and singing brought her tremendous joy. Anyone that was lucky enough to know Pam knew that she was the life of the party! When she walked into the room it always shined as she would two step her way into the party. “Peyonce” would be in full effect for the duration of the party. She wasn’t the first to arrive but usually the last one to leave. Anyone who dared to battle her on the dance floor would end with a beatdown! Pam was baptized at an early age at Parkway Baptist Church in Willingboro. She found singing in the house of the Lord most comforting. She had many church homes over the years but Second Baptist Church of Moorestown, NJ was always where she found the most comfort. She was a member for over thirteen years. Her church family kept her busy while she attended. Pam often attended bible study, was a member of the Women’s Choir and the Combined Choir. Singing her hit “Closet Religion” among others roared through church pews and made many feel closer to God. Pam strongly believed in the power of prayer. Above all, Pam always put others before herself. She always surrounded herself with family and friends. She was a rare true beauty that will be missed by many. Pam is predeceased by her niece, Jourdyn Hynson. She is survived by her husband, Willie Crook; her son, Marquis Hynson; her daughter, Raynell Crook; her step-daughter Kaneika Neal, her mother, Tina Washington; her father and stepmother; Bernard and Barbara Hynson; her brother, Bernie Hynson; her niece, Taylor Corbin; her grandmother, Vivian Hynson; her best friend, Kim Baylock; her grand dog, Rocky-Bruce; and a host of godchildren, aunts and uncles, brothers and sisters-in-laws, cousins and friends. Mom, you will always be on our minds and forever in our hearts! Love, Marquis and Raynell
To send flowers to the family or plant a tree in memory of Pamela Crook, please visit Tribute Store
Saturday
17
December