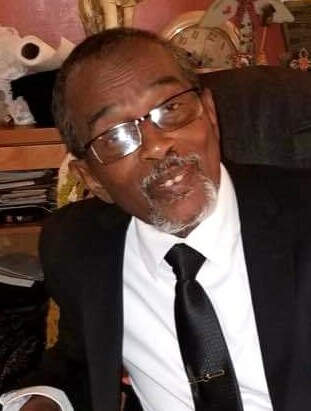 Please share a memory of James to include in a keepsake book for family and friends.
View Tribute Book
OBITUARY James Harrison Roberts …AKA Jimmy James Harrison Roberts was born on June 17, 1944 and transitioned into the Arms of the Lord on December 21, 2022. He was the fifth child of 8 children born to the late Benjamin Charles Roberts and Juanita Jacobs Roberts. James attended the public schools of Camden, NJ and graduated Woodrow Wilson High School in 1963. After graduating from high school, James volunteered for military service during the Vietnam War. He served with the 1st Calvary Airborne Division. As family members reviewed James’ army papers after his passing, they discovered that he received many awards and certificates for his heroic service and bravery as he served his army buddies. He was noted as one ‘willing to die’ for the men in his platoon and for his country. It was obvious that he was proud that he could serve his country, but he never bragged about his service. Family members were unaware of the extent of his distinguished record in the military. After receiving an honorable discharge, he returned to Camden, New Jersey where he eventually worked as a brick layer and again became known for his excellence. James was sought after by many experienced masonry owners because he was known for his outstanding craftmanship! James married Carole Carey in November 1992, and they were able to successfully navigate a blended family. Carole, a devoted wife, has faithfully stood by his side over these past 30 years. James was a loving, caring and devoted father to his seven boys. As you may know James was a talker and could tell many stories of his childhood experiences in the neighborhood. He admitted that he was a ‘challenge’ as a teen and young man. When he began to live for Christ in his latter years, there was a definite change in his behavior and personality as he began to serve others. Several of his current friends report that he would go out of his way to serve and “would give the shirt off his back” if someone was in need. The church recognized his great love for Christ and his servanthood to others, and he was ordained as a Deacon at New Mickle Baptist Church. He loved meeting people, attending church, singing in the choir, and studying God’s word with his brother Barry. He attended Bible school and sat under the tutelage of one of his favorite teachers, Dr. & Rev. Raymond Thomas. James was confident and unwavering in his faith in Christ! James was preceded in death by his parents -Benjamin & Juanita Roberts; one brother, Charles; and two sisters: Esther Preston and Yvonne Johnson. James leaves behind to cherish fond and loving memories: his wife- Carole, and sons: James, Kevin, Noel, Kyle, Kory, Kristopher, and Jermaine. He leaves behind two brothers – Ronald Roberts and Barry Roberts; two sisters, Sandy Roberts and Amelia Roberts-Lewis, and a host of grandchildren, nephews, nieces, cousins, extended family, and many, many dear friends! He will surely be missed by all.
To send flowers to the family or plant a tree in memory of James Roberts, please visit Tribute Store
Thursday
29
December

Share Your Memory of
James
Upload Your Memory View All Memories
Be the first to upload a memory!
Share A Memory
Send Flowers
Plant a Tree