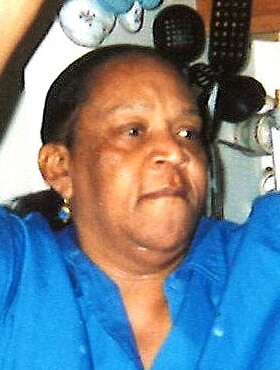 Please share a memory of Barbara to include in a keepsake book for family and friends.
View Tribute Book
Barbara Elizabeth Wyatt was born on February 25,1954 in Mt. Holly, New Jersey to the late Martha and Edward Wyatt. Barbara "Bobtail" Elizabeth Wyatt Entered eternal Rest on Monday, December 26, 2022. Bobtail as she was called, received her education from Camden City School System. She worked for Dietz & Watson's Meat for 30 years, where she later retired.   Bobtail enjoyed babysitting, taking care of her family, listening to oldies, cooking, feeding the birds and drinking her favorite beer while sitting on the porch. Some family and friends referred to her as the block captain or neighborhood watch.  She was truly a loving and caring woman. She's preceded in death by: son Jabbar, 2 brothers Kenneth and Charles, 3 sisters Elaine, Diane and Tracy. Barbara leaves behind 2 sons; Donald (Tish) and Brian (Melissa). 3 living brothers, 3 living sisters, 2 brother-in-laws, 3 sister-in-laws, 16 grandchildren and 15 great grandchildren. A host of nieces, nephews, aunts, uncles and cousins. Bobtail will be deeply missed.
To send flowers to the family or plant a tree in memory of Barbara Wyatt, please visit Tribute Store
Thursday
5
January

Share Your Memory of
Barbara
Upload Your Memory View All Memories
Be the first to upload a memory!
Share A Memory
Send Flowers
Plant a Tree