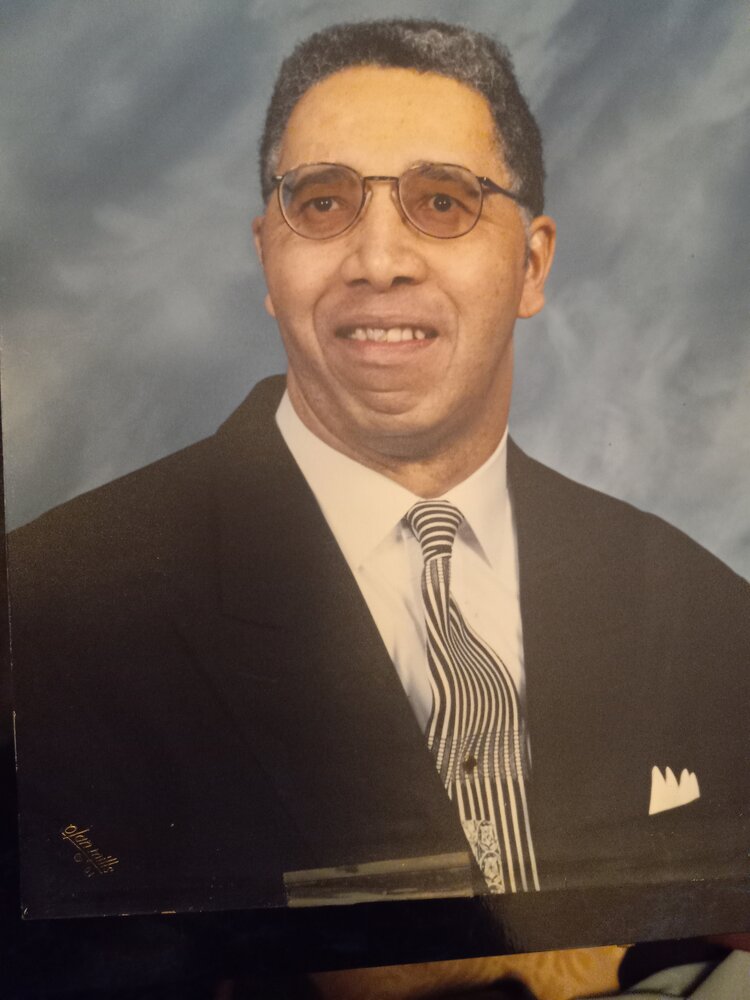 Please share a memory of Marvin to include in a keepsake book for family and friends.
View Tribute Book
Obituary Deacon Marvin Jerome Jenkins was born April 24, 1944, to the late James Jenkins and Marie Brown-Jenkins in Baltimore MD. On December 26, 2022, Deacon Jenkins peacefully entered his heavenly home while residing in Monroe Township, New Jersey. Deacon Jenkins attended the Baltimore, Maryland and Brooklyn, New York public school systems to graduate from Boys High (NY) as a summa cum laude graduate in Art. In 1963, he joined the U.S. Navy, where he received an Honorable Discharge in 1968. Shortly thereafter he applied and was admitted to the School of Visual Arts in New York City where he earned an associate degree. He launched his New York City Art career at CBS News and at a Madison Avenue Arts Marketing and Design Firm supporting many clients, including the design of the initial Dominos “Brown Sugar” box, LabCorp logo, Pan Am Airlines Art portfolio, and Nature's Bounty product lines. In the mid-1980s Deacon Jenkins transitioned careers into the Life Insurance industry where he worked as an Insurance Agent for many years until he retired. In 1962, Deacon Jenkins was united in Holy Matrimony to his loving and devoted wife of “60 years” Wilhelmenia Jenkins, from this union three children were born, Renee Jenkins (deceased), Marvin Jerome Jenkins, Jr. (deceased) and Angela Jenkins. Deacon Jenkins joined the Faith Baptist Church in 1973 under the pastorate of the late Reverend Joseph J. Howell. During Deacon Jenkins service at the Faith Baptist Church, he was ordained as a Deacon. Deacon Jenkins served faithfully as the Secretary of the Deacon Ministry for many years and later become the Chairman of the Deacon Ministry, a position he held until he relocated to New Jersey. Deacon Jenkins was an intricate part of the Sunday Morning Devotion Service prior to the Sunday Morning Worship Services; Deacon Jenkins would lead the congregation in prayer and song. Deacon Jenkins also attends the Sunday morning Men’s Church School Class every Sunday. Deacon Jenkins enjoyed spending time with his family, reading the Bible and the Newspaper. Deacon Jenkins will forever be remembered by his church family for his recitation of the Hymn “The Solid Rock“On Christ the solid rock I stand, all other ground is sinking sand, all other ground is sinking sand.”  Deacon Jenkins recited those words at homegoing services to remind those present that Jesus is the “Solid Rock.” That statement was Deacon Jenkins testimony. Preceding him in death were two children, Renee Jenkins and Marvin Jerome Jenkins, Jr. both children transitioned at early ages. One brother, Ralph Jenkins. Deacon Jenkins leaves to cherish his loving memory his devoted wife, Deaconess Wilhelmena Jenkins, of 60 years, daughter, Angela Jenkins (New Jersey) nephew, Darius Jenkins (Wisconsin), a host of other relatives, friends, business colleagues and the entire Faith Baptist Church family. Lovingly submitted, The Family
To send flowers to the family or plant a tree in memory of Marvin Jenkins, please visit Tribute Store
Tuesday
10
January