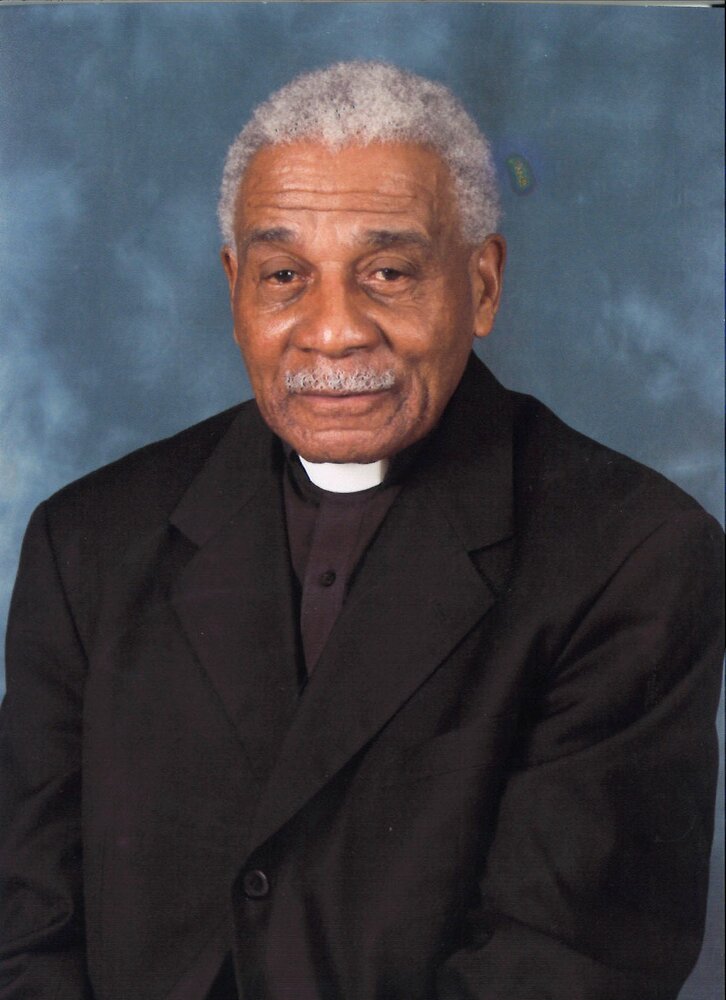 Please share a memory of Lawrence to include in a keepsake book for family and friends.
View Tribute Book
Rev. Dr. Lawrence Johnson was born June 27, 1933, to parents John Johnson and Loree Blakely Johnson in Philadelphia Pa. He departed this life peacefully on January 2, 2023. Following the death of his mother, he and two of his brothers Leroy and Rudolph were placed in foster care when they were very young. He and two of his brothers came to reside with his foster parents Harvey and Beatrice Dickerson. He attended a Philadelphia Public Elementary School. He was later a student at John Bartram High School, where he was active in the sports of track and basketball. During his youth he attended church and church school regularly. He enjoyed the preaching and teaching of Pastor James F. Scott and the example he showed as a true Servant of Jesus Christ. He served on the Junior Usher Board, Royal Ambassadors, Junior and Young People’s Chorus, Boy Scouts of America and member of the boys track and basketball teams. He received a bachelor’s degree in Criminal Justice from Rowan University, a MAR. M. Div from the Lutheran Theological Seminary in Philadelphia, and doctorate in ministry from Covington Theological Seminary, Rossville, Ga. He is also a graduate of Manna Bible Institute, Philadelphia. He served on the Deacon Board (Chairman); Trustee Board (V. Chair); as a church school teacher and later as Director of Christian Education. He chaired the BTU Leadership Committee; was a member of Scott’s Inspirational Chorus. Male Chorus and Revival Choir and New Members class teacher. He was a member of the gospel group The Tones of Grace. He also served as Pulpit Liaison (4) years, during the search for a Pastor at New Bethlehem Baptist Church, and has assisted Pastors in several churches in NJ and PA. He served in the U.S. Army and both the U.S. Army and U.S Air Force Reserves. A former member of the Lawnside School Board; he coached the boys basketball team for the Haddon Heights High School, Haddon Heights, NJ during the summers. He also coached the boys’ basketball team for the Borough of Lawnside, NJ. He was employed by the Veteran’s Administration Hospital, Philadelphia and the U.S. Mint prior to his employment with the Lawnside Police Department where he obtained the rank of Sergeant. He accepted a position as Detective with the Camden County Prosecutor’s Office, Major Crime Unit (Homicide) where he received several commendations for his investigative work. He retired after 39 years of service in Law Enforcement. He also served on the Lawnside Volunteer Fire Department for several years. Rev. Johnson has served as Chaplain of the Retired Police and Firemen Association of Camden and Gloucester Counties of NJ and as a member of Baptist Minster’s Conference of Philadelphia and Vicinity. He was also involved in the Prison Ministry at the Bayside State Prison, Leesburg, NJ with the Greater Calvary Baptist Church, West Atco, NJ and a member of the faculty at Manna Bible Institute, West Atco, NJ. He enjoyed attending the National Baptist Convention USA, Inc. with his wife Annette.  They were regular attendees of the Hampton Minister’s Conference, Hampton, VA. He enjoyed sports, mostly track, basketball and football. Later in life finding an interest in golf. He also enjoyed traveling and reading. He had the great love of helping and mentoring others. He was preceded in death by his brothers John, Leroy, and Rudolph Johnson. Celebrating his legacy and life, while rejoicing his home going, he leaves his loving wife Annette Hall Johnson; his two sons, Larry E. Johnson (son-in-law Larry J. Long) and Mark A. Johnson (daughter-in-law Gloria Aviles Johnson), two beautiful granddaughters, Shayla LaNette and Nyla Milagros Johnson, as well as many nieces, nephews, friends and former colleagues.
To send flowers to the family or plant a tree in memory of Lawrence Johnson, please visit Tribute Store
Saturday
14
January