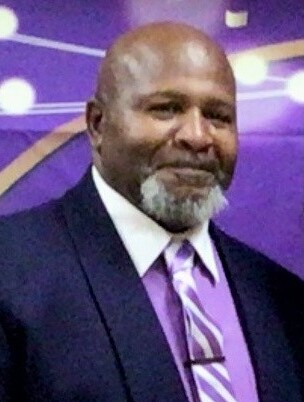 Obituary of Raymond A Stratton, Sr.

Please share a memory of Raymond to include in a keepsake book for family and friends.
View Tribute Book
Raymond Alfonza Stratton Sr., age 73 transitioned from this life on Wednesday, January 4, 2023 at Jefferson Hospital in Stratford, NJ. Raymond was born on November 23, 1949 to the late Wilbert Thomas and Sarah Frances Stratton (Mack) in Seaview, VA. Raymond attended Capeville Elementary School (Capeville, Virginia) and was a graduate of Northampton County High School (VA) Class of 1968. While in high school, Raymond played various sports including football. He was running back #31, small in stature but very competitive. After completing high school, Raymond was drafted into the US Army where he served 3 years, 10 ½ months spent in combat in Vietnam. After his military time ended, Raymond relocated his family to Camden, NJ. In 1972 he found employment with Aluminium Shapes LLC., Delair, NJ. He remained with this company as a machine operator for 41 years until he retired in 2013. Raymond was a great husband, father, grandfather, great grandfather, brother, uncle, cousin, friend, and neighbor. He was always ready to lend a helping hand to many, not just to family but to neighbors and friends. He was also a great role model for the young men in the community, especially the ones on the 1200 block of Liberty Street (Camden, NJ). They loved playing basketball with “Mr. Ray” as they affectionately called him. He attended Holy Temple Church where he did the work of a deacon many years before he became a member of the church in 2019. Raymond leaves to mourn and cherish his memory, his high school sweetheart and wife of 52 years, Myra J. Stratton (Sample), 8 children, LaTisa Gilbert (Ronald), Toni Settles (William Sr.), Raymond Jr. (Jeannie), Tamara Stratton, LaToya Sonnebeyatta (Taiwo), Danielle Sonnebeyatta (Atiba), Crystal Stratton, and Shaunte’ Stratton, 12 grandchildren, MarKeith, LeTralle, William Jr., DeVon, Arman, Brianna, Ahmari, Adrien, Nia, Aliah, Eden, and Aniyah, 2 great grandchildren, Aigner, and Amiyah, 6 brothers, Randolph (IA), Milton (Vanessa) (NJ), Jack, Jules, (NJ), Troy (VA), Angelo (Stacey) NC, 3 sisters, Victoria (VA), Halena (deceased), Haldora (deceased), 1 aunt, Nellie Jones (OH), and a host of nieces, nephews, cousins, friends, and his Holy Temple Church Family. Submitted by the Family
To send flowers to the family or plant a tree in memory of Raymond Stratton, Sr., please visit Tribute Store
Saturday
21
January

Share Your Memory of
Raymond
Upload Your Memory View All Memories
Be the first to upload a memory!
Share A Memory
Send Flowers
Plant a Tree