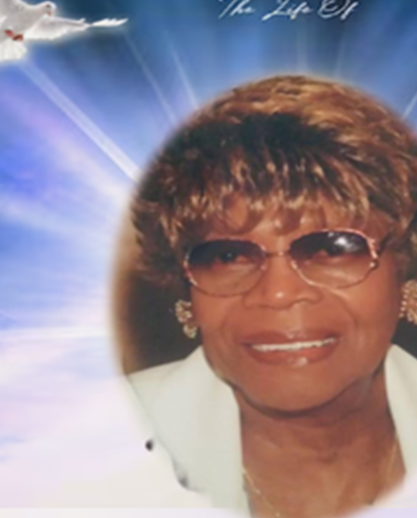 Please share a memory of Thelma to include in a keepsake book for family and friends.
View Tribute Book
OBITUARY Thelma was born May 31, 1926, in Albany, Georgia to the late Mack Gary and the late Annie C. (Robinson) Gary. She was pre-deceased by siblings Gertrude Dorothy and Agnew. She leaves to cherish her memory; two sons Gary Sharp (Alexander Sharp) and Keith Allen (Ennis Allen), two granddaughters Nichole Davis and Colette Petty (Fritz), and eight great-grandchildren; Dion (Dawn), Fritz, Nicholas, Farrin, Najee, Fenlie, Najah and Fox. She is also survived by a niece Joan Greenleaf, a great nephew Jeffrey Bank, A great niece Jill Banks and cousins; Arlene Duncan Brown and Benjamin Ellis plus a host of other cousins. Thelma graduated from West Philadelphia High School and attended Temple University. Thelma was Miss Sepia Philadelphia (1948) and modeled professionally into her late forties. She worked for such organizations as Ford Motors, Schmidt’s Beer, and Coca Cola amongst others. She was Director of Model and Proprieties at the Philadelphia College of Art, she modeled at Yale University for Deane Keller, and is chronicled in the Yale University Archives. After Keith’s birth, she changed vocations becoming employed by the Philadelphia School District. Thelma accepted Christ at an early age and upon moving to New Jersey she joined St. Paul Methodist Church serving as an usher and participating on several church boards. In 1976 she moved to Willingboro, NJ becoming employed by the Willingboro School District. She enjoyed public service, she served on the Willingboro Zoning Board, was the committee person for District 36, and was a past President of the Willingboro Democratic Club, she was a proud member of Zeta Phi Beta Sorority (Amica)
To send flowers to the family or plant a tree in memory of Thelma Allen, please visit Tribute Store
Thursday
19
January